In this essay, I observe the work of emerging artists Kenta Cobayashi, a photographer who manipulates images with digital tools, and Terrell Davis, a multidisciplinary artist who creates 3D rendered images of the artifacts that surround and compose his life. Using photographic techniques and methodologies, the artists apply various effects, edits, and manipulations to the images they construct. They capture a world that is constantly in motion. One that is simultaneously real and artificial.

Contemporary art that tries to create a portrait of the present is often fleeting. On one hand it can omit the presence of digital culture, on the other, certain artworks scamper to capitalize on selfies, memes, virtual reality, or photoshop gradients. These approaches feel shortsighted and one-sided. Furthermore, while the topic of the real and digital is popular, the gray area in-between that subtly merges the two is often overlooked in favor of extremes. Cobayashi and Davis however explore something in-between the real and artificial, providing a better reflection of our weird-wired selves.

Based in Tokyo, Cobayashi, using his phone as a medium, records images and video of daily life, himself, his friends, and the things around him. Once an image piques his curiosity, he captures it and edits it with Photoshop and other tools. The images, whether neon signs, window blinds, or a portrait, are smudged, stamped, pulled, and stretched into new dimensionalities. This warping of images takes a mundane or common aspect of daily life and redefines it. The editing of the images is arguably a metaphor for the aspects of our lives that  are hard to describe, the things we cannot see, but we feel–the dizziness of wandering through a busy city, or the lasting blur of a neon sign that remains in our minds after we look away. Cobayashi also produces video, zine, and VR based works that further push his exploration of movement and the ecology of contemporary life.

Davis, from the New York area, creates 3D still life compositions of real world objects sourced from the internet. The objects cross cultural and geographic borders, consisting of outdated technologies such as Tamagotchi, luxury perfume bottles, metrocards, Japanese snack foods, and boutique flowers. Using 3D editing software, the objects are given new color tonalities and saturation, resulting in radiant compositions. Revealing the aura of objects, the works are comparable to the concept [mono no aware]. The objects are temporal, we know they will come and go from our lives. At the same time, they are given distinct personality, Davis uses editing techniques that present the objects differently than how they look in reality. They appear more closely to how we desire them and view them in our minds.

The similarity in the work of Cobayashi and Davis is their observation and capturing of the things around them that we often ignore. In some regards, the way they edit images presents a more truthful interpretation of what reality looks like in our digitized everyday moments. It is smudged, glowing, and pulsing with vibrancy. Their subject matter of course varies, while Cobayashi focuses on locations, people, and places, Davis is more centered on a pathos or empathy for objects and the internet as a resource that brings the past and present together. Despite the contrast in subject matter, they are both interested in unlocking our perspective of everyday life and everyday things. They imbue these “everythings” with a different filter or way of seeing. 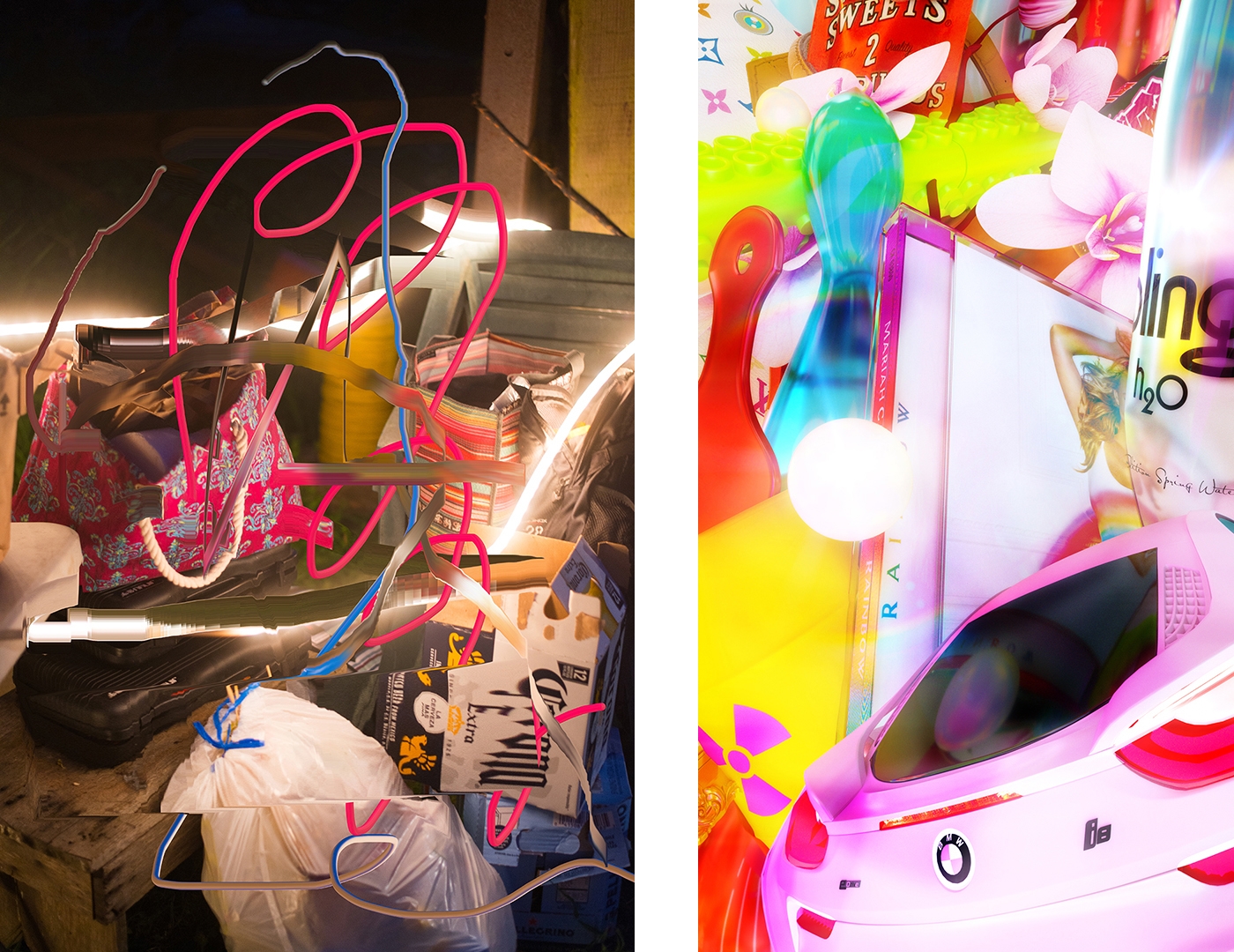 There are two points in which Cobayashi and Davis produce their works. First, something based in the real world is captured–a snapshot. Following this, they manipulate it into something unique or unusual–a smudge. Everyday photography works differently from this. While photography and editing is accessible to everyone, we see a lack of creativity. Millions of images of the same thing are present, rich people hanging out on roof tops, Tokyo Sky Tree, New York’s shallow food obsessions, etc. Over and over, these images are given familiar filters and edits, temporarily making us feel like we are capturing something important–though they are quickly deleted or stored away in the digital aether. This mundanity, is countered by advertising–a mixture of images that are simultaneously overly tantalizing, impractical, and awkward. In this way, the images we create and look at on a daily basis are torn between banality and high fantasy. Cobayashi and Davis approach images and everyday life with an interest in exposing the area between these two extremes, which run parallel to our real and digital lives. The content they observe and edit may appear exuberant or eye-catching, but it comes from a place that is regular–a cluttered desk or a friend sitting in a park. The everyday is given a renewed sense of purpose. They capture an elusive hyper-fast socially-connected world, but also demonstrate that it still contains element of slowness, personal space, and intimacy.

A snapshot of our presents selves is difficult to capture. We are constantly moving rapidly into the future, with an obsession over status notifications and new technologies. At the same time, the internet preserves both the past and present. Davis’ method for constructing images comments on this. His compositions blend objects from the past with those of the present. They are borderless. A luxury water bottle is posed next to a Mariah Carey CD, an old school Nokia phone is amongst an arrangement of flowers. The objects remain stationary but emitting light and reflections. They feel simultaneously temporary and locked in time. Regarding still lifes, from an art historical perspective, the compositions Davis creates are more in line with our contemporary lives. The compositions are often top down views, as if we are looking at our own desks. It is a moment where we are trying to find our keys or respond to a text, while we are surrounded by our favorite things that are glowing for our attention.

Kenta’s way of looking at photography is unconventional. Primarily using his iPhone presents limitations in what he is able to capture. The device is limited in flash, zoom, and how it is held, but it also pens up new possibilities. Using a personal device to take photographs allows for unexpected moments and observations to be captured. For instance, while millions of photographs exist of Shibuya Crossing, Cobayashi uses editing to make the scene much more dynamic and emotive. The smudge tool becomes a method for drawing out the persona of the image that cannot be captured by a photograph alone. When he takes a photograph, he is already seeing it in motion, already thinking about how to make his vision possible. There is a sense of capturing life as it is happens; but also through the process of editing, it is about capturing the feeling of what happened. The smudges represent the parts we cannot remember directly as an image, but that we can feel as a memory. 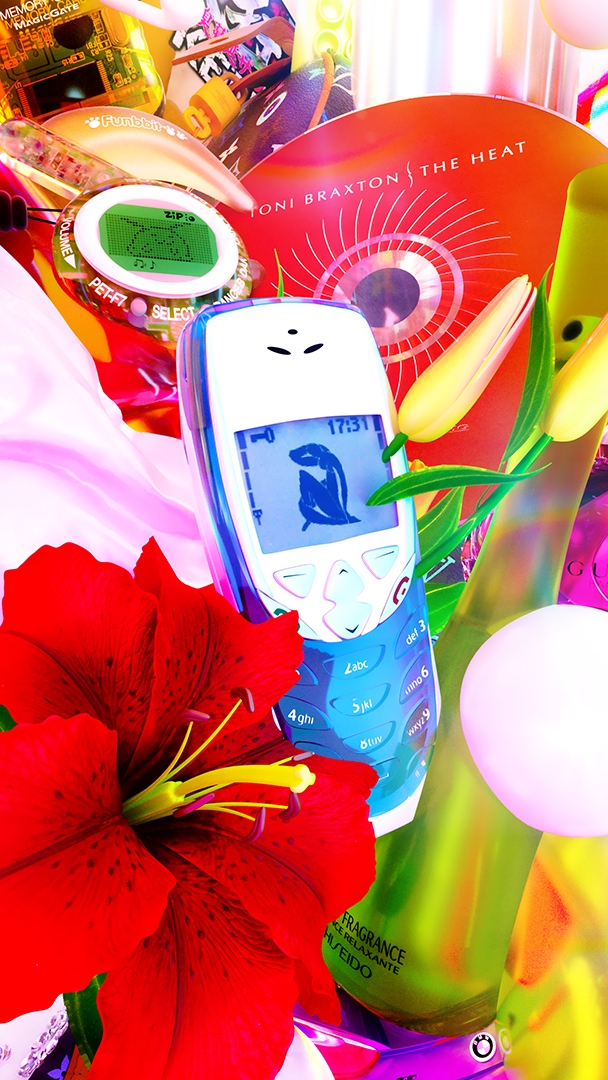 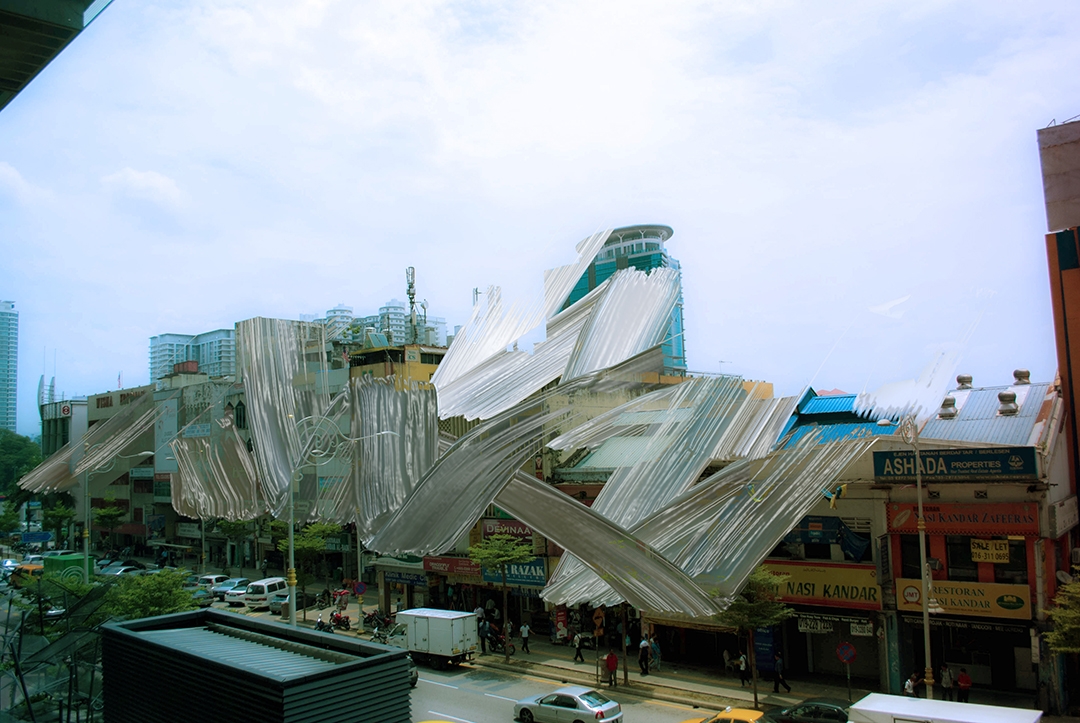 Living in a material world

While Davis is recording or creating the memories of objects Cobayashi is capturing moments and showing how transitory and fleeting they are. Both artists, through capturing and editing, identify and illustrate the feelings or aura that the digital era emits. In contemporary art, this is where the importance of the works exist. Cobayashi and Davis examine everyday things, objects, mundane activities, places and people as if they were remnants or artifacts of the present. Their works are about the objects, things, and interactions that come into our lives that we often overlook. When Kenta captures an image of Kuala Lumpur, he is speaking to the flow of a digitized megapolis and how individuals move about in text-messaging clusters. For Davis, capturing the present is fleeting. The works speak to nostalgia and temporality. Outdated technologies are revived in his images, but placed amongst perishables such as flowers and snack foods. Ironically, Davis sources these images through the internet, which forever preserves their spirit. 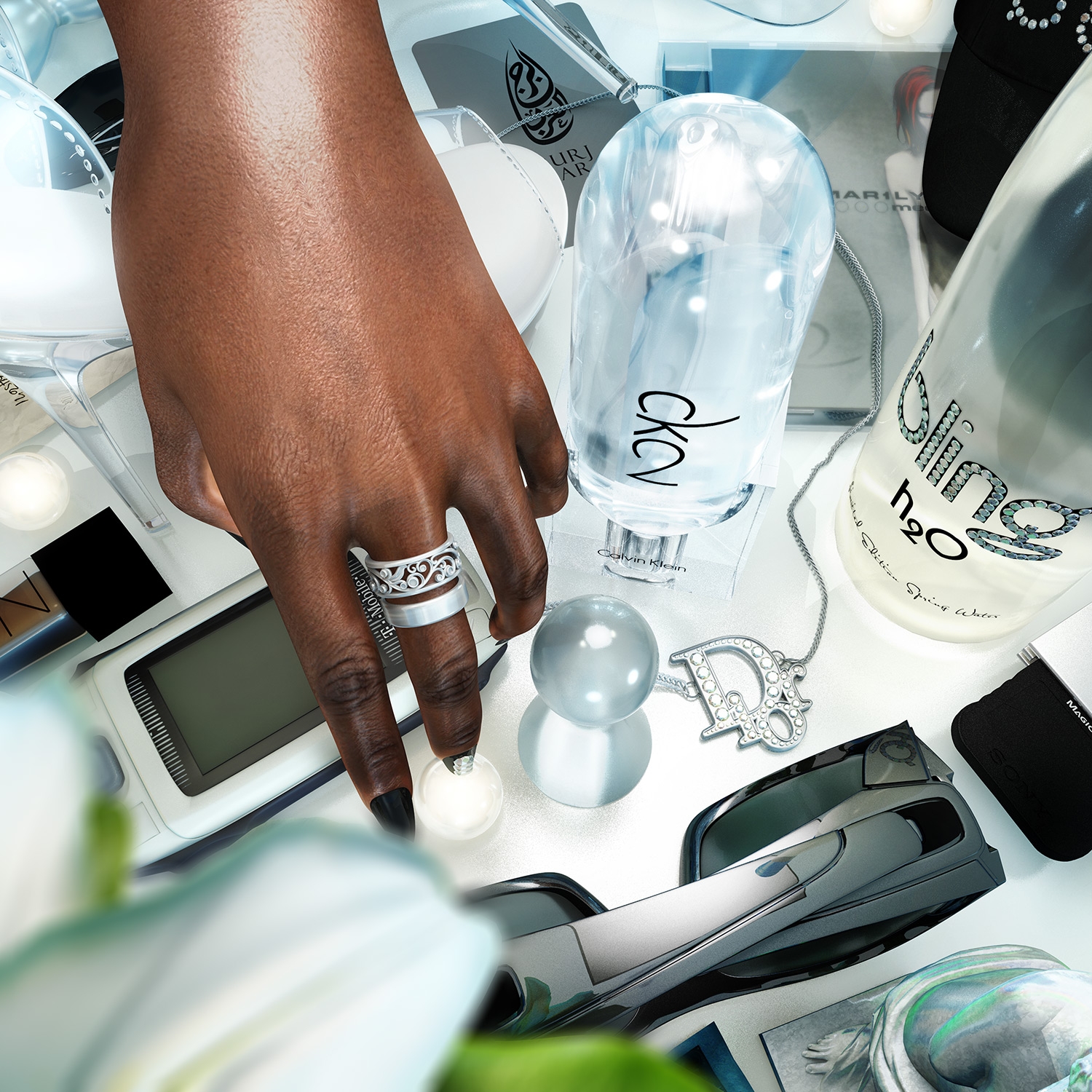 Another inspiration worth noting is that both artists take an interest in video games, or at least the aesthetics of video games. Both coming from the 90s, this was a time filled with strange games, and cross-cultural exchange between the US and Japan. Davis has featured remnants of Japanese gaming systems in his works. Whether it be Tamagotchi, a PSP playing Final Fantasy, or a Dreamcast. I have also spoken to Cobayashi about games–particularly Kid Pix, a game similar to Mario Paint, where you can create images with strange editing tools and a surprising amount of creative flexibility.  In the contemporary art world, the past lives of artists is often omitted. However, for artists such as Davis and Cobayashi, the past and what was accessible in it, clearly influences their present.

In the present, we spend a lot of time checking our messages, and viewing digital images of real world places.  Entering and viewing the digital world has also become normal. We have applied a digital filter to everything we see and interact with. I believe that Cobayashi and Davis view our present reality quite differently. Their works are observational gestures meant to show us what exists in-between the real and virtual. They offer a better way of seeing what the world really is. It is malleable, editable, customizable, and in a constant state of flux. It is downloadable, accessible, non-geographical.

Kenta Cobayashi, solo exhibition Insectautomobilogy / What is an aesthetic? @ G/P gallery, Tokyo until 8/12.
Cobayashi and Davis are featured in Forever Fornever, a group exhibition curated by Chris Romero at Rhode Island College, Oct 5 – 28, 2017.

Chris Romero is a curator, writer, and artist interested in contemporary art and digital culture. He incorporates elements of curation, archiving, video, photography, and illustration into his multi-disciplinary projects. His objective is to create collaborative activities that disrupt rigid notions of what art is or can be. He is especially interested in working with emerging artists, producing unusual and unconventional projects, and cultivating cross-cultural and geographic exchange. His upcoming projects include conducting a research residency in Seoul at the National Museum of Modern and Contemporary Art, organizing an exhibition entitled Forever Fornever, at Rhode Island College in Providence, and curating an online exhibition for the Wrong Biennale.