Los Angeles based artist Theo Triantafyllidis creates a wide variety of work, that utilizes computer graphics and game technology to explore a new form of interactivity with his audience. He is inspired by a process he calls “Internet Flush”, described as a continuous consumption of sporadic floods of data that is displayed on a screen. Consisting of completely abstract expressions, his works employs a pop aesthetic while being visceral and humorous at the same time. His latest Virtual Reality piece will take the audience into the artist’s physical body, while other works depict an endless loop of visual jokes committed by objects. Gaming culture and new technologies are merged together with traditional art in his works. They express, in many shapes and forms, the strange relationship and conversation between humans and technology. We interviewed him during his exhibition with Eva Papamargariti “Obscene Creatures、Resilient Terrains”.

You have lived in a few different countries, can you tell us about your past?

I am from Athens, Greece and did my Diploma of Architecture in the National Technical University of Athens. During my studies I was more interested in experimental architecture and in its potential to create interesting spatial conditions. When I graduated, I moved to Beijing, China to work as an architect. At that time I was exposed to a few different communities of artists making art on the internet and slowly started becoming an active participant. Then I realized that architecture wasn’t working for me as a profession and decided to become an artist. After exhibiting some work in Beijing I decided to move to Los Angeles and do the Design Media Arts MFA in UCLA as it seemed the best place and school for what I wanted to do. I graduated last summer and am currently based in LA.

Does the way of thinking of an architect influence your art?

Definitely it has been a strong influence and the foundation of my education as an artist. For a while I had been trying to avoid the rational and structured way I was working as an architect but I recently realized that my background in architecture is very useful when working in Virtual Reality. An important aspect of working in VR is creating immersive environments and interesting spatial experiences and this is the part that I enjoy the most. 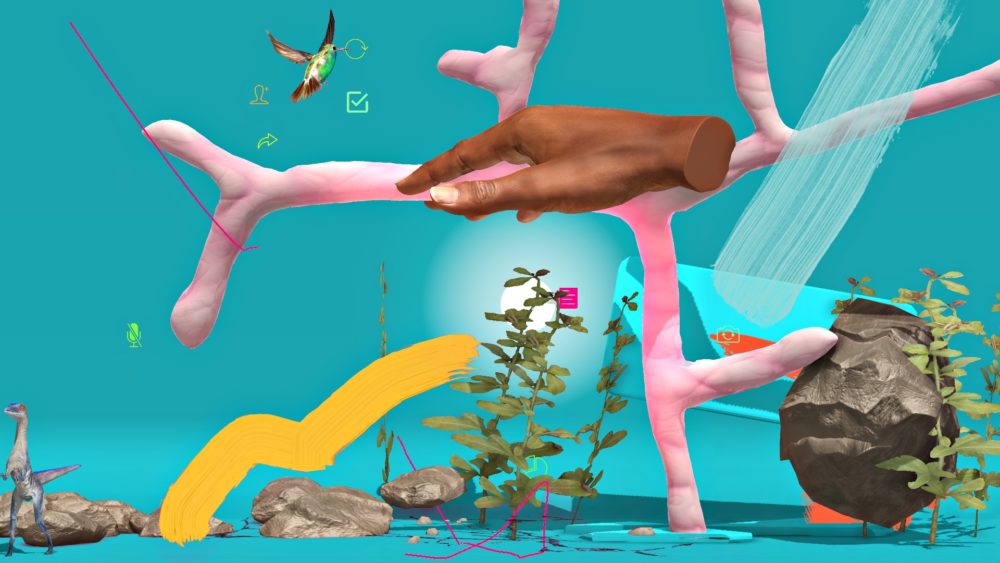 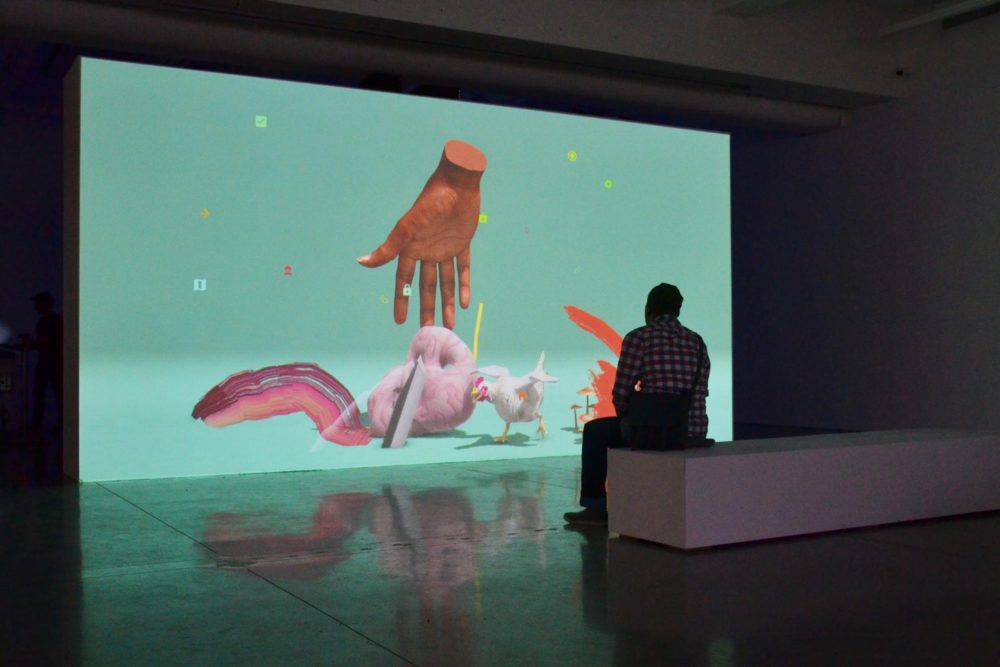 The piece “How to Everything” is a live simulation, what kind of algorithm is it based on?

It is an algorithm for creating nonsense. It creates these empty scenes, populates them with some objects, tries to arrange the objects in a composition, then lets the objects do their thing and repeats. When it cuts to the next scene, some objects are destroyed and new ones are introduced. The audience often tries to draw connections between the scenes, in the same way that they would for a film cut, but the connections are not necessarily there. Its like a generative how to basic video that goes on forever.

One of the keywords you use when you describe “How to Everything” is vanitas. Are you trying to connect the history of painting with digital art?

I find art history fascinating and a great source of inspiration, especially for digital artists. I am interested in how art has had a specific function in society throughout history and how this is related to the history and development of technology. As for the history of painting, I am intrigued by the notion of surface, as perceived in painting and the 2Dness of things. For me it’s very challenging, as I feel much more comfortable working in 3D and in sculptural form. The screen as a surface on a wall functions very similarly to a painting though and this is part of the themes I was exploring with this piece. I tried to compress this 3D scene into something that feels 2D, that compressed space into a surface. If you are more interested in the Vanitas reading of the piece, you can find more info about it here.

You not only create digital art but also physical objects, is there a big difference between digital sculpting and traditional sculpting?

I really like iterating seamlessly between digital and physical objects. That was part of my recent piece called “Mountain”, where a ceramic piece was 3D scanned, brought to life in a game engine and game me ideas that then were translated back onto the ceramic piece. So for me it’s an ongoing dialogue between the physical and the digital object. I like it when the two collide and merge. I have been setting up my studio recently, and was planning to get all these workbenches and big tools, but ended up getting a Vive VR headset instead and keeping the studio completely empty so I have more “digital space”. 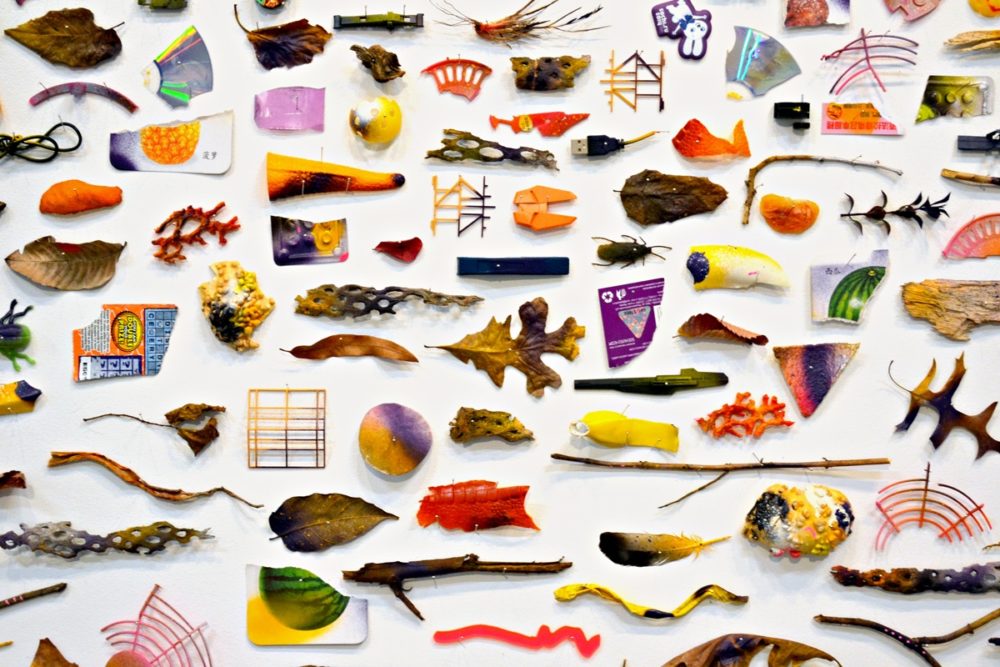 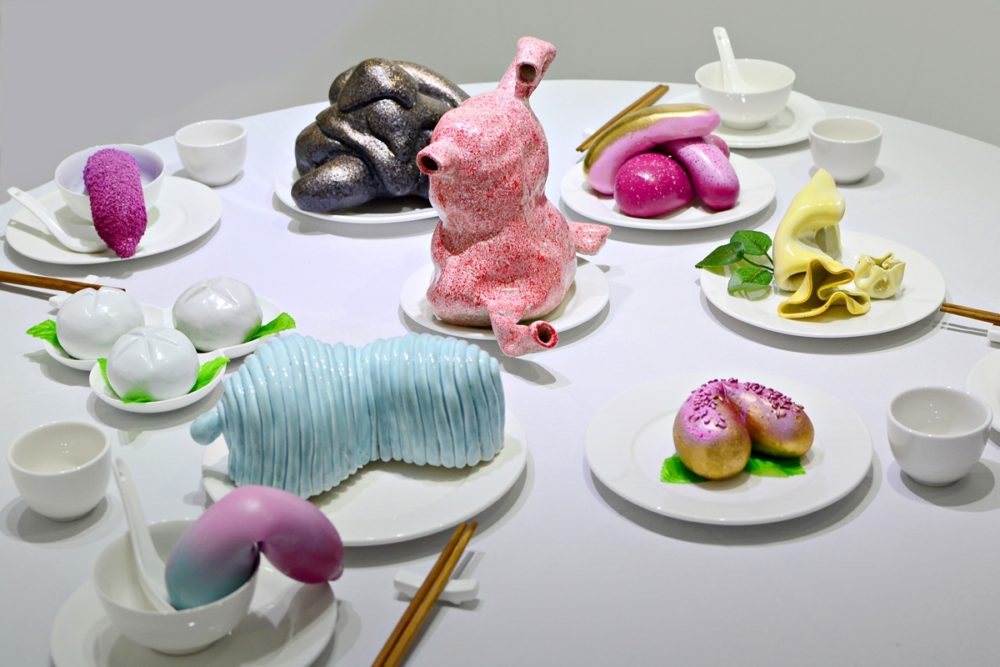 What kind of possibilities do you see when combining art and games?

Videogames are a relatively new medium that has barely been explored by artists, even though it’s such an exciting field. In my earlier work, I saw the gaming part as a kind of trap for my audience. I noticed that people spent more time exploring and paying attention to details in a piece when there are some gaming elements to it. They would play a game over and over and get addicted to it, whereas they would only look at a wall piece in a gallery for a few seconds and walk away. Now I understand that there is much more in games than that and I am interested in developing a more complex game in the near future. Also, together with my friend Alex Rickett we just released an online multiplayer browser game, commissioned by Adult Swim, called “Gecko Redemption”. It is a competitive sports game where you are a sticky gecko that pukes objects and shoots lasers and can climb on anything. It’s the first piece I have worked on that is a “proper” game.

You made “Self Portrait (Interior)” for DiMoDa. Why did you want to use yourself as a part of an artwork?

I tried to use myself as the means to express something that more people could relate too. The format of the self-portrait is a very common tool in art because it allows artists to use themselves as a canvas to convey their thoughts or questions to the world. Making a VR self portrait seemed worth exploring, as the medium allowed me to really push the level of intimacy with the audience. The most interesting part of this project for me was seeing other people play it and posting videos of them playing. A few days after I released it (I just posted it on itch.io) it somehow got picked up by some awesome youtubers. I was really surprised by these videos. Exactly because this piece was so personal when I watched people playing it online and commenting on it, I felt like we were actually having some kind of very meta conversation. 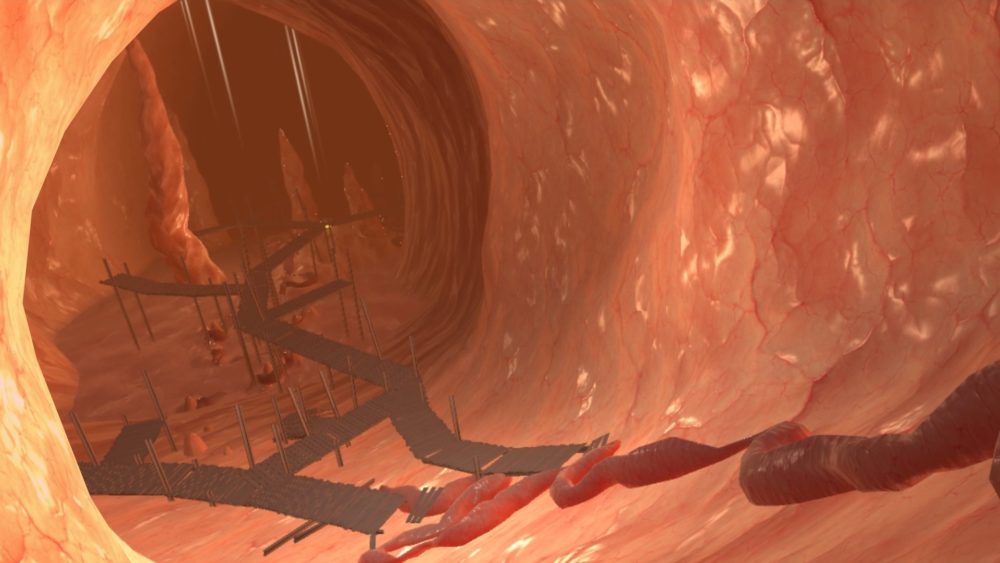 I found your text about the internet and art, “internet flush”, very interesting. Are you addicted to the Internet? Does the internet culture create some kind of feedback to your artworks?

Yes, this feeling of “internet flush” that I describe in that text has been the driving force behind a lot of my work. This cycle of internet flow inspiring an artwork, than then is fed back to the internet flow has been extensively explored by now by artists and critics. These days I am moving more towards the detox phase. I am looking for an escape strategy to reduce internet and social media time in order to focus on other things. I am currently working on a few new pieces. A new live simulation piece, a scrolling landscape for the show “Obscene Creatures, Resilient Terrains” we are doing with Eva Papamargariti at Assembly Point in London. Also a new VR piece for the VR group show “Unreal” at NRW Forum in Germany, set in a desert scene where a person has taken a headset and is having a VR overdose. I guess VR is my new addiction.