This piece plays with the memorised windows position that keeps before to be minimised to the dock and the possibility to place them somewhere (almost) outside of the desktop area. Some folders with an horizontal gradient background have been enlarged horizontally bigger than the desktop region and placed them as far as possible by the dock side in order to get a long horizontal transition and make them go and return creating an abstract animated visual effect while the folders overlap each other. For the physical magazine I have also made another new piece from Macintosh Lab, it is called Vertical Desktop, it consists in 5 screenshots where I have explored the minimizing Genie Effect in several directions over the same desktop being able to create abstrac compositions using only folders that get frozen at some point while they minimize to the dock. 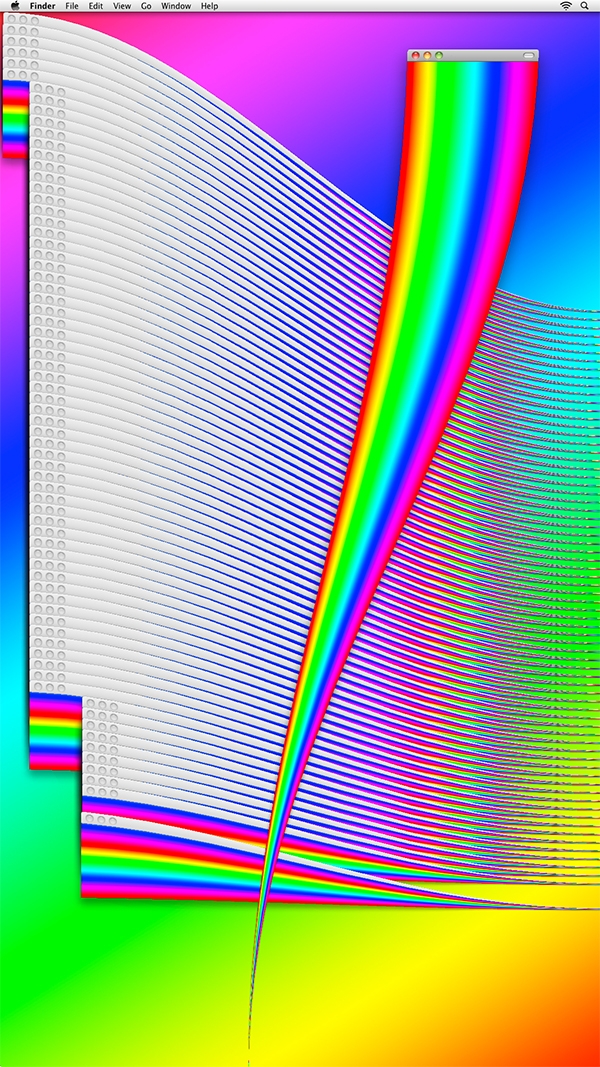 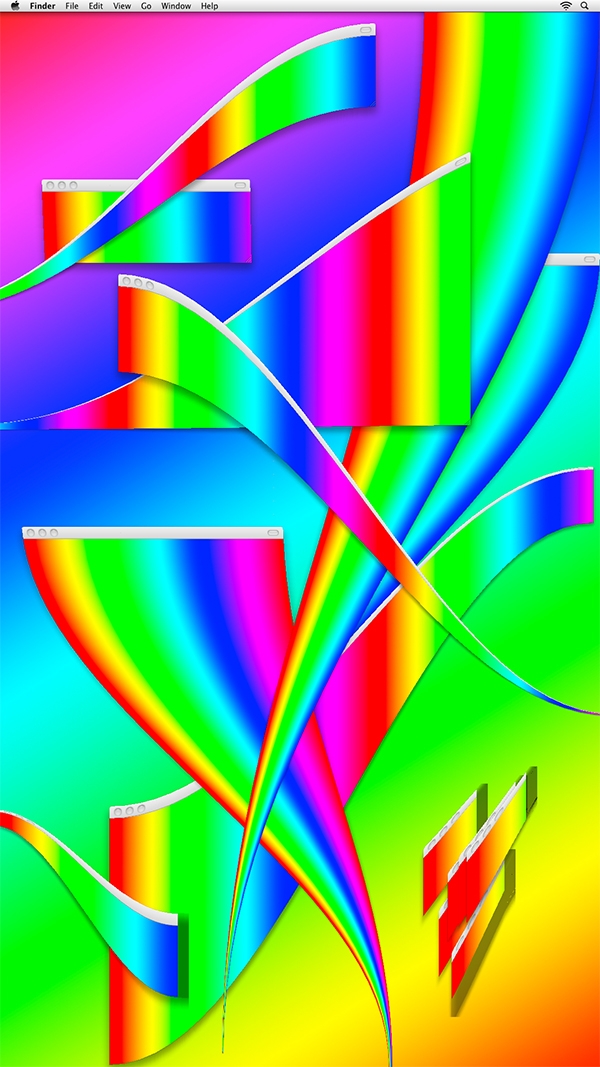 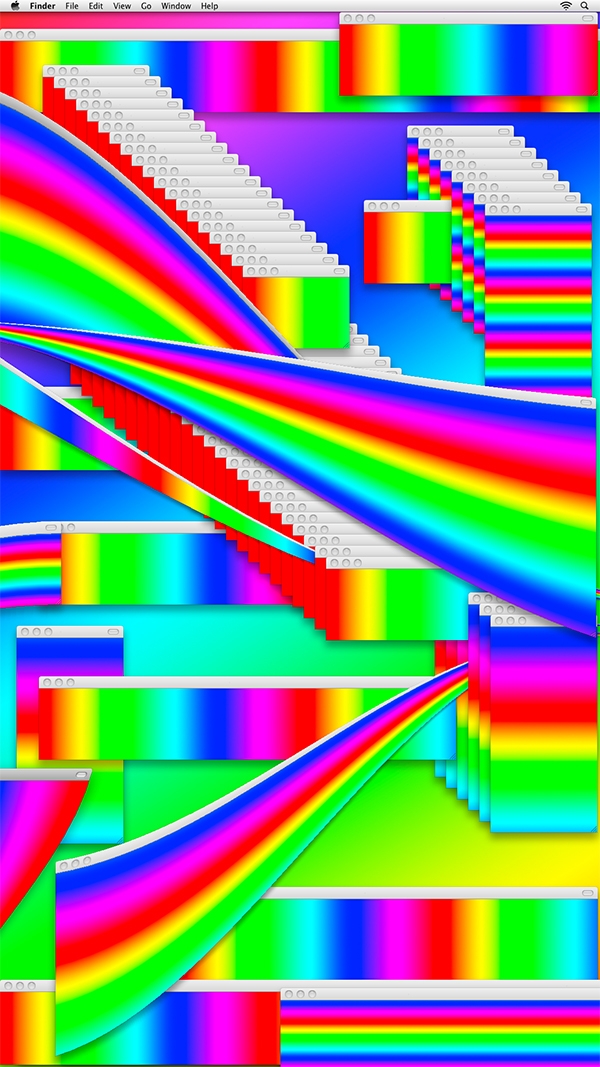 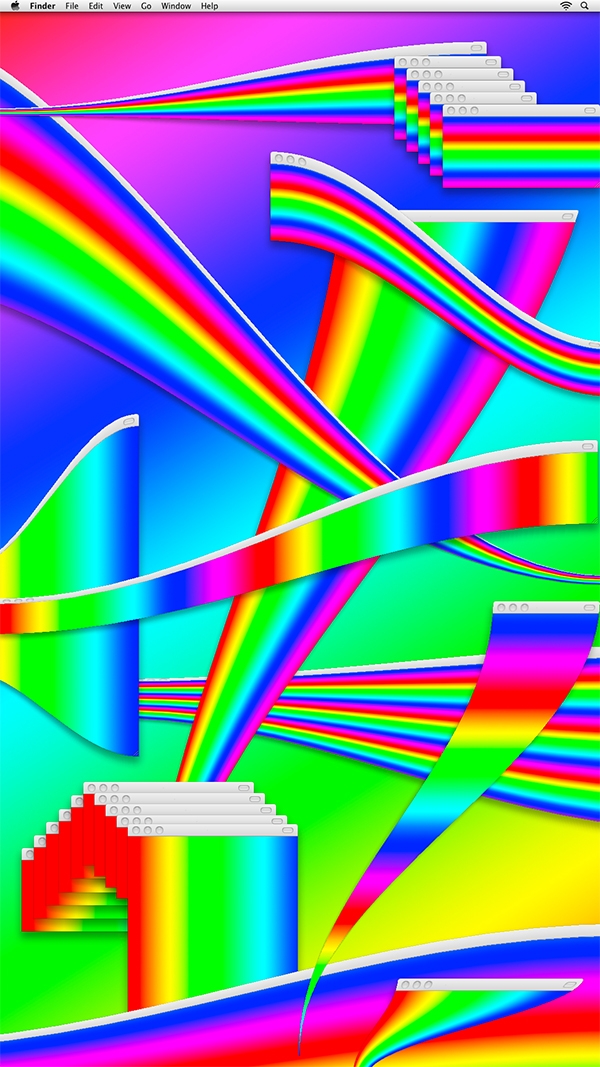 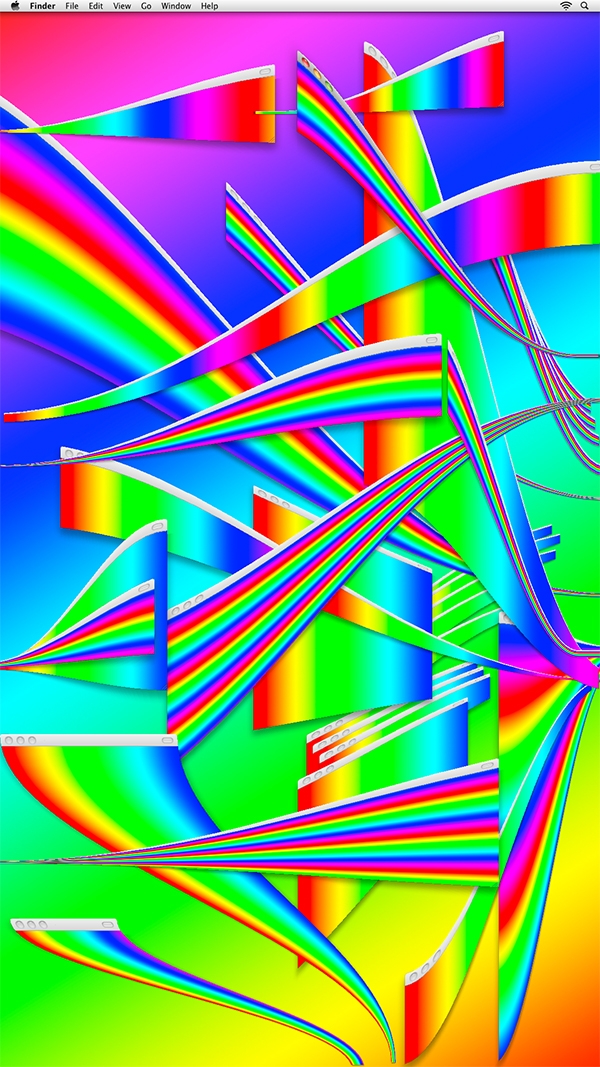 Vertical Desktops has been composed and created blocking the folders while they were minimised to the dock, this process has been done for single folders as well as for a bunch of folders that were going down, right or left on the way to the dock, so they all are stopped at once in the middle of that sensual and organic movements provided by the Genie Effect. The folders have been blocked while going to different directions, as the dock was constantly alternated in position during the composition of folders over the desktop.
The blocking folder action is not a basic default feature but is still caused through a script using the Terminal, an OS X’s program. Vertical Desktops is inspired by a natural error that happened once in 2011 while minimising the window using the Genie Effect, it was recorded and took part of Macintosh Lab series called “Suctioning”. This ability of blocking the folders at any time during the minimising process brings other possibilities to interact with the GUI, new shapes stopped in the air and new ways to compose around the space following the operative system actions and the user’s preferences such as desktop and folders background color, dock position and minimising effect.（Emilio Gomariz）

Emilio Gomariz
Born in Spain, and studied about Industrial design at his hometown’s university. He launched a website”TRIANGULATION” which shares a lot of artist’s works as a editor. He moved to London, and released his original works such as “Macintosh Lab”, after that he returned Spain and has continued his works.
http://emiliogomariz.net