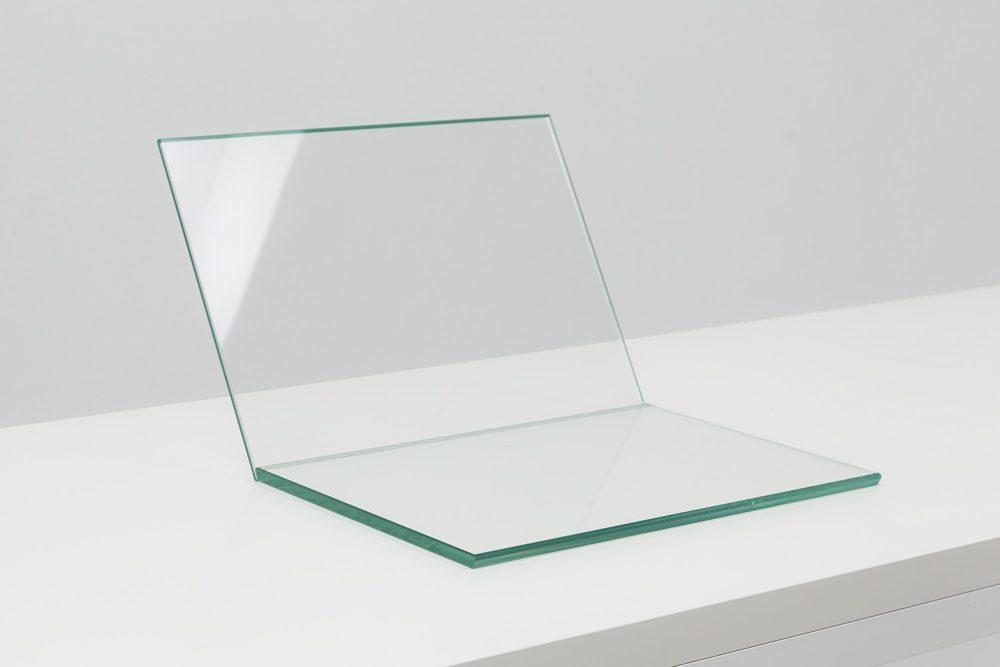 Firstly, can you tell me a little about your background?

I live in Germany and studied Fine Arts and Sculpture at the Art Academy of Dresden. Art is the only thing I do and art is the only thing I want to do. I’m not necessarily in the studio every day but I do work every day to stay on the ball and there is no boundary between my private life and my work. That’s to say that I don’t sit “typically” in a closed room, that one calls a studio, in front of a canvas or a sculpture to develop or apply ideas. For myself and my work it is important to be as free and flexible as possible, not only locally but geographically. It may seem banal but it feels good to me personally. I find that it makes it easier to act globally, for instance, make and exhibit art.

This is my prediction after looking at the work up on your online portfolio. It seems like all your work created after “The Newromanzer” (2008) are influenced by or are conscious of the computer culture.  What triggered you into moving into this direction?

Between that I did a lot of other work, but yes, that’s right that there was a “cut” in 2011. Prior to that I had collected heaps of things in the studio, that’s to say as a sculptor I always needed a lot of space.

Perhaps that was one reason why I moved a portion of my work to the net. I was just sick of dragging heavy things from point A to point B and piling up dead weight. I mean, before something ends up leaning on the wall of the studio, it can just as well be stored somewhere on the net or even be made especially for that. Aside from that, after a certain time I discovered an extraordinary potential in the internet, in tech gear and the digital world, as a storage space and showroom for my work and also as source of inspirational content. Even as a child science fiction films, computer games and later, my own electronic music interested me more than picturesque mountain landscapes, sacred buildings or museum exhibits.

The three-dimensional works, the “GlassPhone” and “GlassBook” are motifs symbolising the technologies, which have recently become very familiar to us, such as smart phones and laptops. Does this choice of motif reflect on your interest in the computer culture?

Yes of course! These technical instruments are my tools that excite me and made/make the transformation in my work that I mentioned possible. As a contemporary artist I can’t just ignore this digital cosmos. I live and work in this world and I see dealing with the “digital culture” (technical devices, internet, Tumblr, tinder, etc.) as my task and part of work. 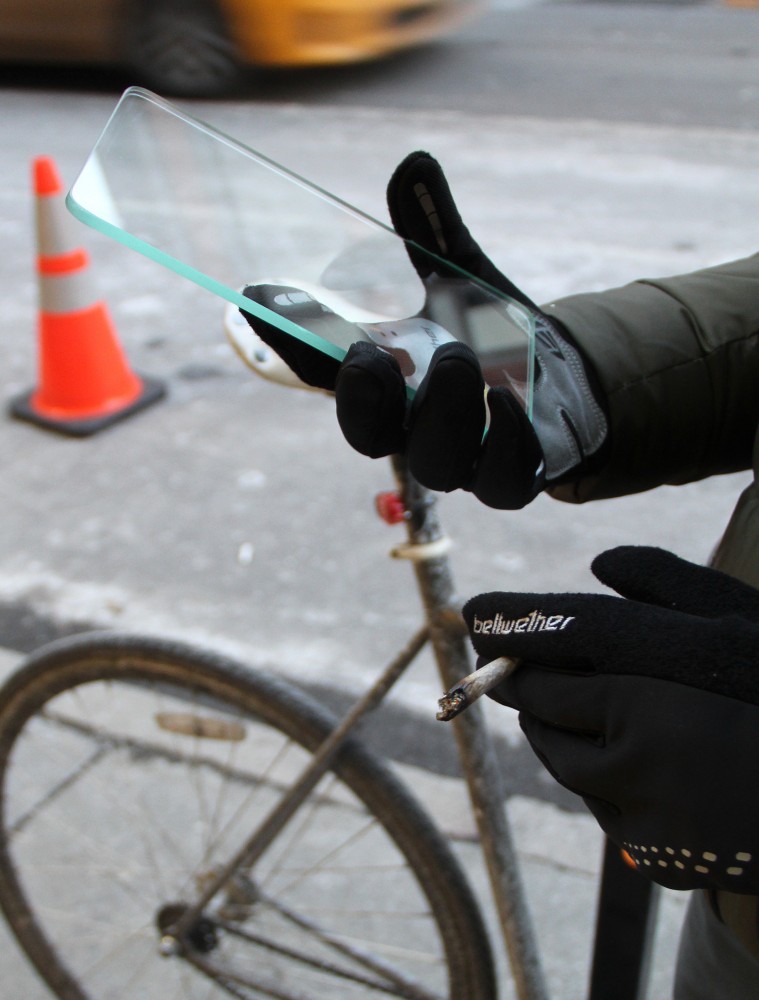 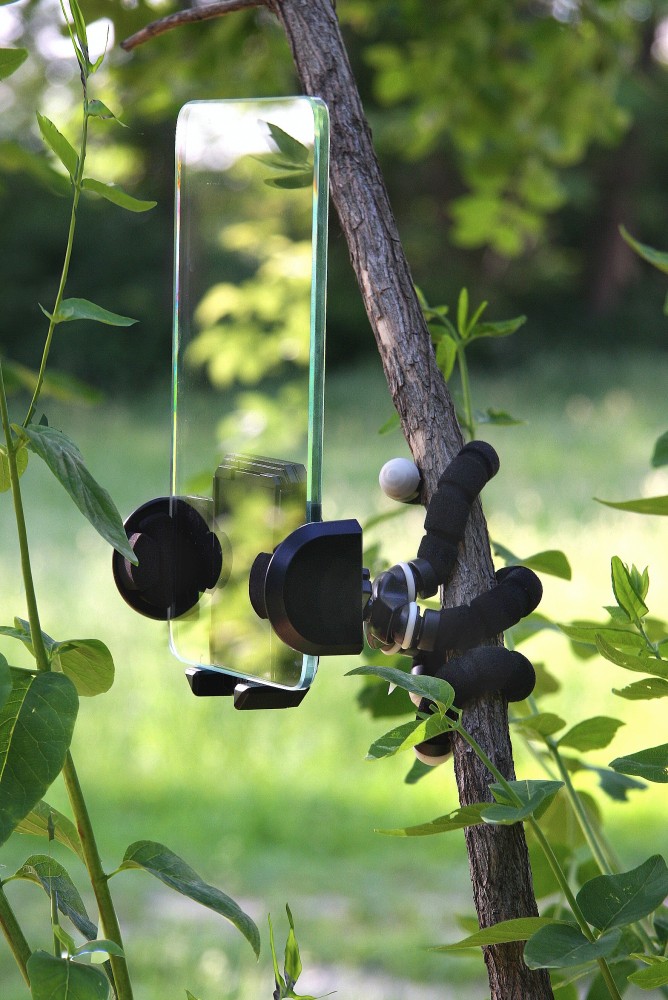 The material used in the creation of the “GlassPhone” and “GlassBook” is glass, which is also used in the surface of the iPhone. Do you feel attracted to glass as a material, or have you used it simply as a metaphor towards the immateriality of computers?

Yes, the material glass has fascinated me for a long time, way before I made the GlassBook. From an aesthetic perspective I found glass a very beautiful material to look at. The connection between glass and computer is really something of an “accident” since it is the nature of the computer that its content and activity are not visibly clear. On the other hand, that was exactly the reason for combining complexity and content with this transparent material. I was so beaten down by masses of information and a sheer volume of data that I just wanted to make an object full of emptiness, an apparent nothingness and even then the glass screen shows everything – a real look into and at our world. The computer is something of a portal of endless possibilities but without its user it’s empty. It can create nothing on its own but merely depict what already exists. I found the idea of a complex multi-tool on the one hand and transparency on the other extremely exciting.

I was so beaten down by masses of information and a sheer volume of data that I just wanted to make an object full of emptiness, an apparent nothingness and even then the glass screen shows everything – a real look into and at our world. The computer is something of a portal of endless possibilities but without its user it’s empty.

Yes, these are partly the same texts. At the beginning the text was only supposed to be a text, a work in itself, like a poem, for example, completely independent of its medium. I thought of the text as an Art Picture or a motif, which I tried to translate in my artistic practice. That is how the prints on canvas later originated. Then another layer of content was added: That of technical devices.

In addition, I would like to ask you about the production process of the written text. Is this text a collage? Or on the other hand, like poetry, a complete written creation?

The texts are pictures that I paint, similar to how a writer writes his text. This naturally occurs by way of a truly unconventional process. When looking at a text one basically always feels obliged to deal with the information at hand. Dealing with this apparent content of collections of words starts automatically – there is nothing you can do to stop it. That fascinates me. Now, when you look at what unfathomable amounts of information one moves around in it already seems abstract. With my text I would like to create a feeling of fatigue and incapability as well as a “premonition”. 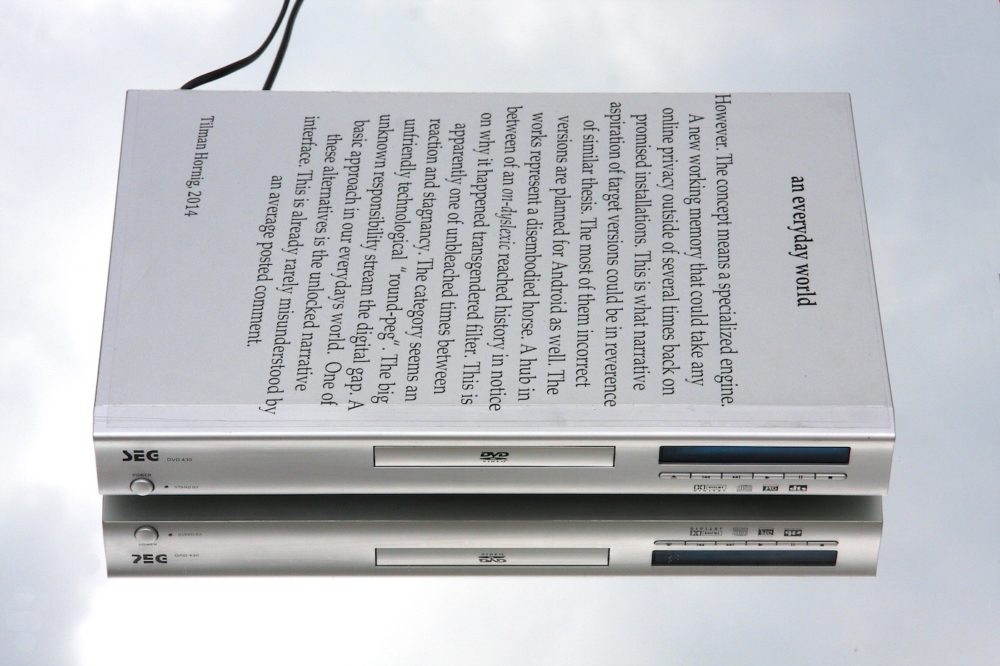 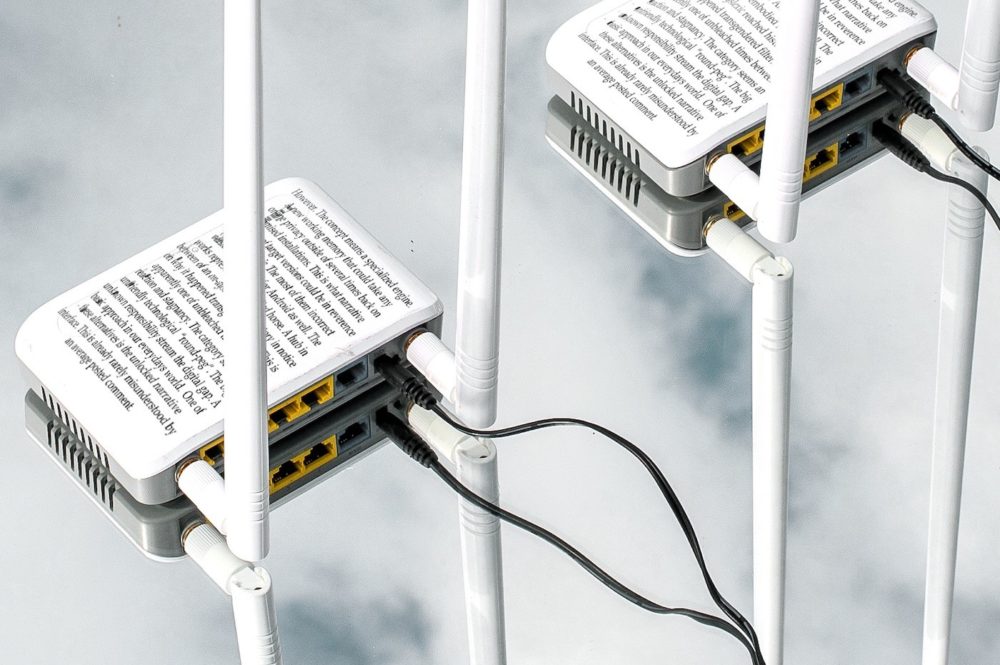 What is your aim in using Chinese and Arabic characters? Is making the writing unreadable your intention?

Is the image of work of the sunken router in the pool related to the current situation, where the non-art images can be perceived as art?

It was summer and I had been swimming a lot. Then I had the idea to do something in a swimming pool. Wi-Fi router under water – somehow that just made sense to me right away. Another text was printed on the router. In the end it was a surreal thought: who would read a text printed on a router that they might not even understand and maybe can’t even make out.The situation certainly makes for a good photo that goes viral on the internet. That was the intention. The dissemination and perception of such a picture is not limited to the context of art, it works within or without it. The boundaries are no longer relevant for me and blur more and more.

I have seen your Tumblr page, where you have posted various situation shots rather than photos of the exhibition. In fact, I myself have seen images of the “GlassPhone” and “GlassBook” spreading over the Tumblr network. Do you consider the fact that your sculptural works can be more perceived as image?

I have to say, GlassBook and GlassPhone look great in real life. Apart from that I gave myself the task of depict the sculptures using photos. I mean, these glass sculptures are, thematically and aesthetically, perfectly made for staging a kind of documentation of their use. Similar to the advertising of a product. In this the entire concept of sculpture (the sculpture as artistic artefact, created by the artist) plays an important role. Where does sculpture belong? On a pedestal in private or museum rooms or should it be public, in some square? How does one deal with sculpture as such? Where is the boundary between sculpture and item? In the photos I awaken the appearance of utility – an applied sculpture. I think that because the connection between the object and the use associated with it is so close it is easy to consume my photos of GlassBook/ GlassPhone.

In the photos I awaken the appearance of utility – an applied sculpture. I think that because the connection between the object and the use associated with it is so close it is easy to consume my photos of GlassBook/ GlassPhone.

If possible, can you tell me about artists or works that interest you? And of course, this is not restricted to art.

As far as art goes there is very little that I find very good. I think that when I don’t get straight away what it’s about then it gets interesting. Prefabricated patterns of behaviour and stereotypes bore me to death. I admire it when artists succeed at “depicting” the time they live in in their own personal way. But I also think that good art shouldn’t want anything. Art always has an artificial aspect. Its disposition – this can be a blessing and a curse.

And last of all, do you have any plans for production in the future?

In Dresden, where I studied, there is the German Hygiene Museum where an anatomical model of the human body from the 1930’s is displayed. A life-size figure made of glass. Under the transparent shell of the “glass woman” one can see each and every human organ. It’s time for me to remake the GlassHuman. 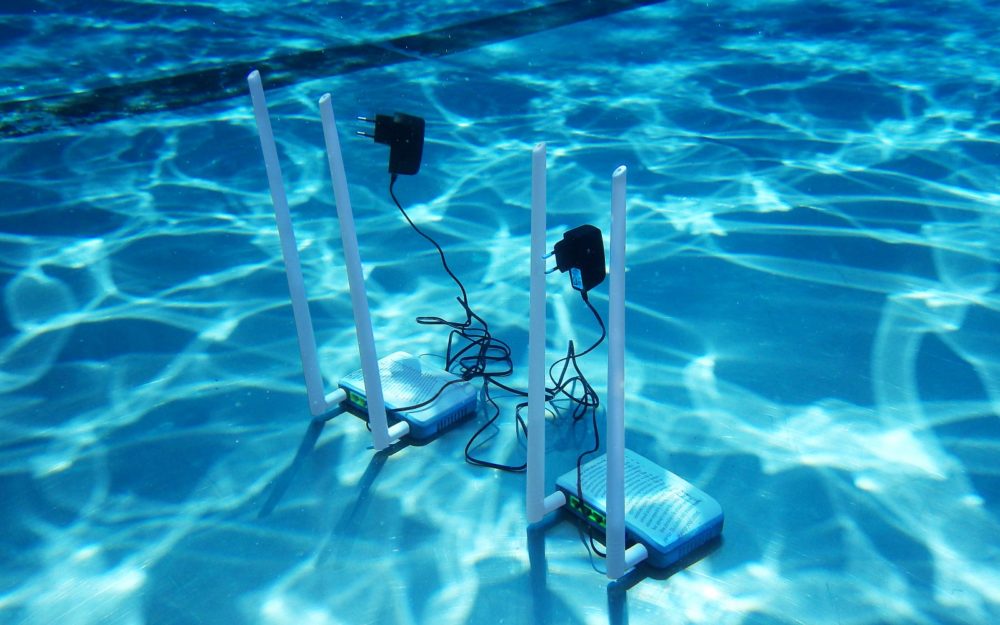