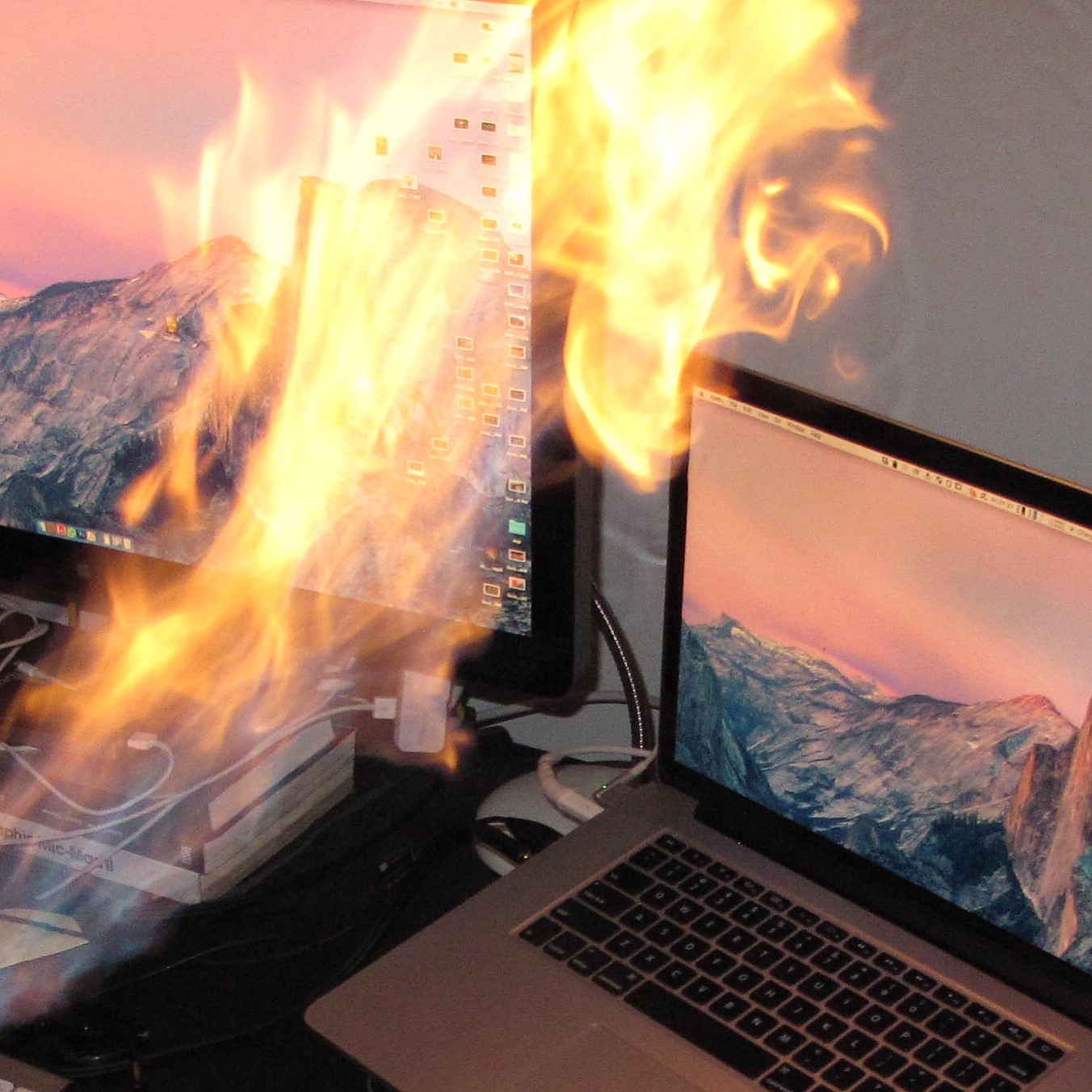 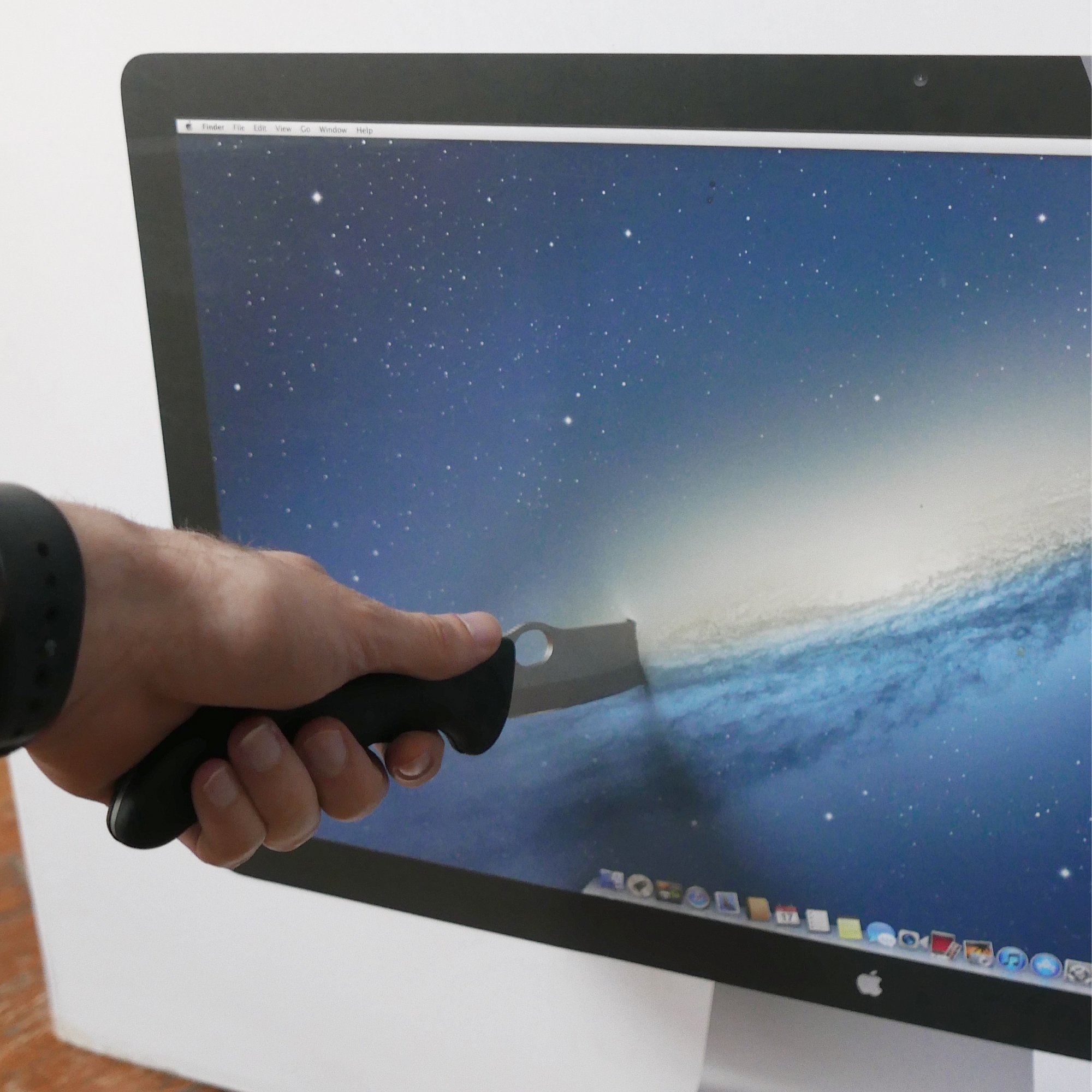 You seem to travel a lot. Do you work while on a journey? Is traveling how you work?
I mostly work as a freelance Digital Creative or Consultant for advertising agencies, digital studios, or startups. Some of the work needs to happen on site, but more and more agencies are experimenting with offsite freelancers. Up untill now it’s been working out well for me, I get inspired by all these interesting places i travel to and feel much more productive than if I were to be sitting in an office all day. I especially love Japan so you’ll probably see me around every once and a while.

Do you think “internet” influences on your works? Do you remember the first time you get to know / use “internet”?
Of course! Most of my work is inspired by – and contributes too – internet culture. It’s my main source of inspiration. I try to capture specific things that happen on the internet, give a conceptual angle to it, and throw it back out there. The images or projects often get picked up again and go viral, in that way we contribute to these internet cultures we get our inspiration from.

Also worth mentioning is that over the years I adopted a collaboration-based work style, which resulted in numerous collaborations with close friends like Moises Sanabria, ART404, John Yuyi, Bob Jeusette and many more.

I do remember the beginning of the internet, I guess when I was around 15yo? At my parents home, we started off with the very first 56K Modems I think, and moved forward from there on. We only had one computer at home and we’re a family of 6 so we had to take shifts to use the internet lol.

Back then there was this crazy feeling of complete freedom / anarchy on the internet. You could find / do anything you wanted, you could be who you wanted on messaging platforms like icq or irc, etc. It just felt like a whole world of new, limitless possibilities. Also specific internet behaviors like Trolling started to emerge, things that survived until today and are used in a lot of our art projects. Websites like rotten.com (and a few others I can’t recall) embodied that idea of total freedom. 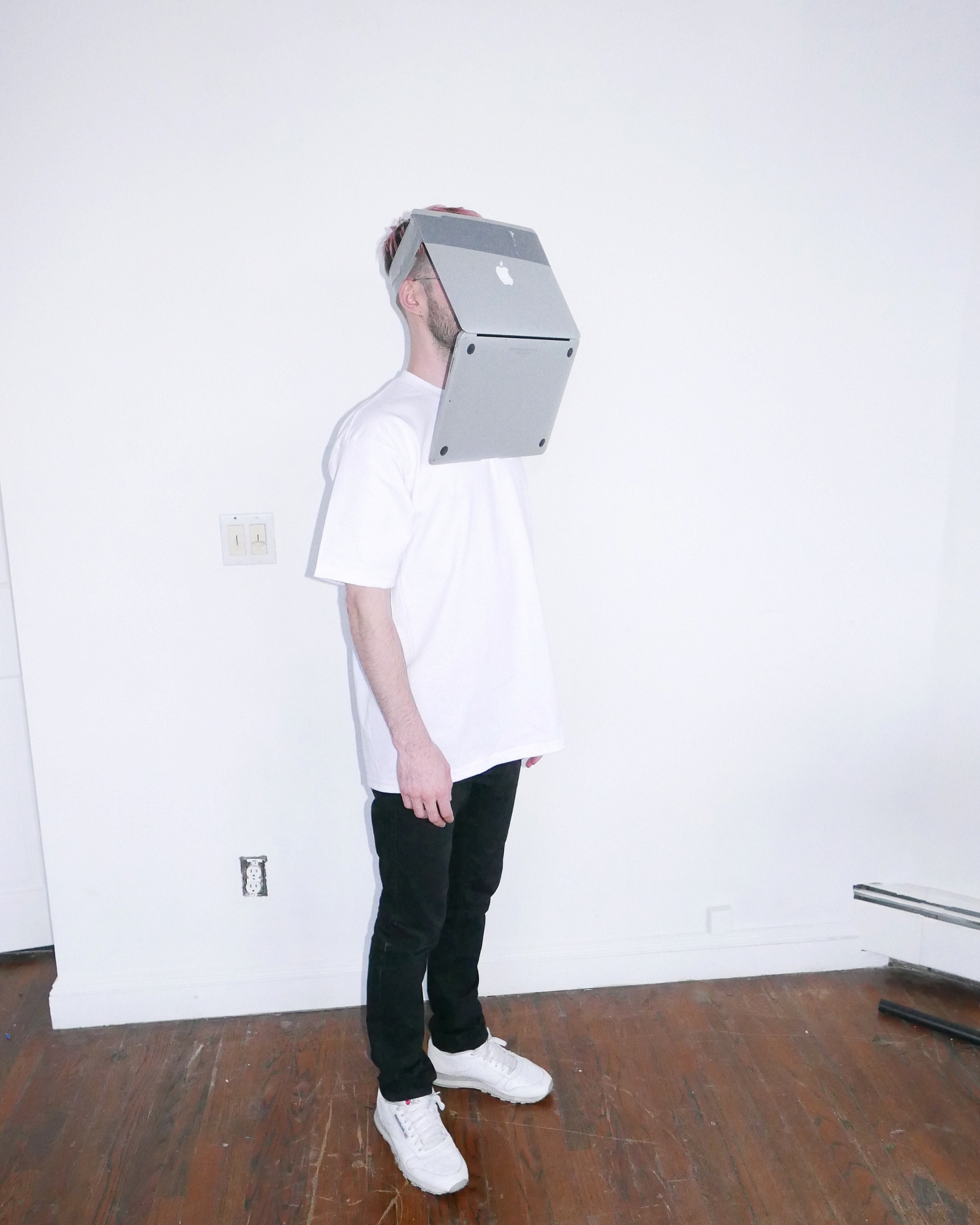 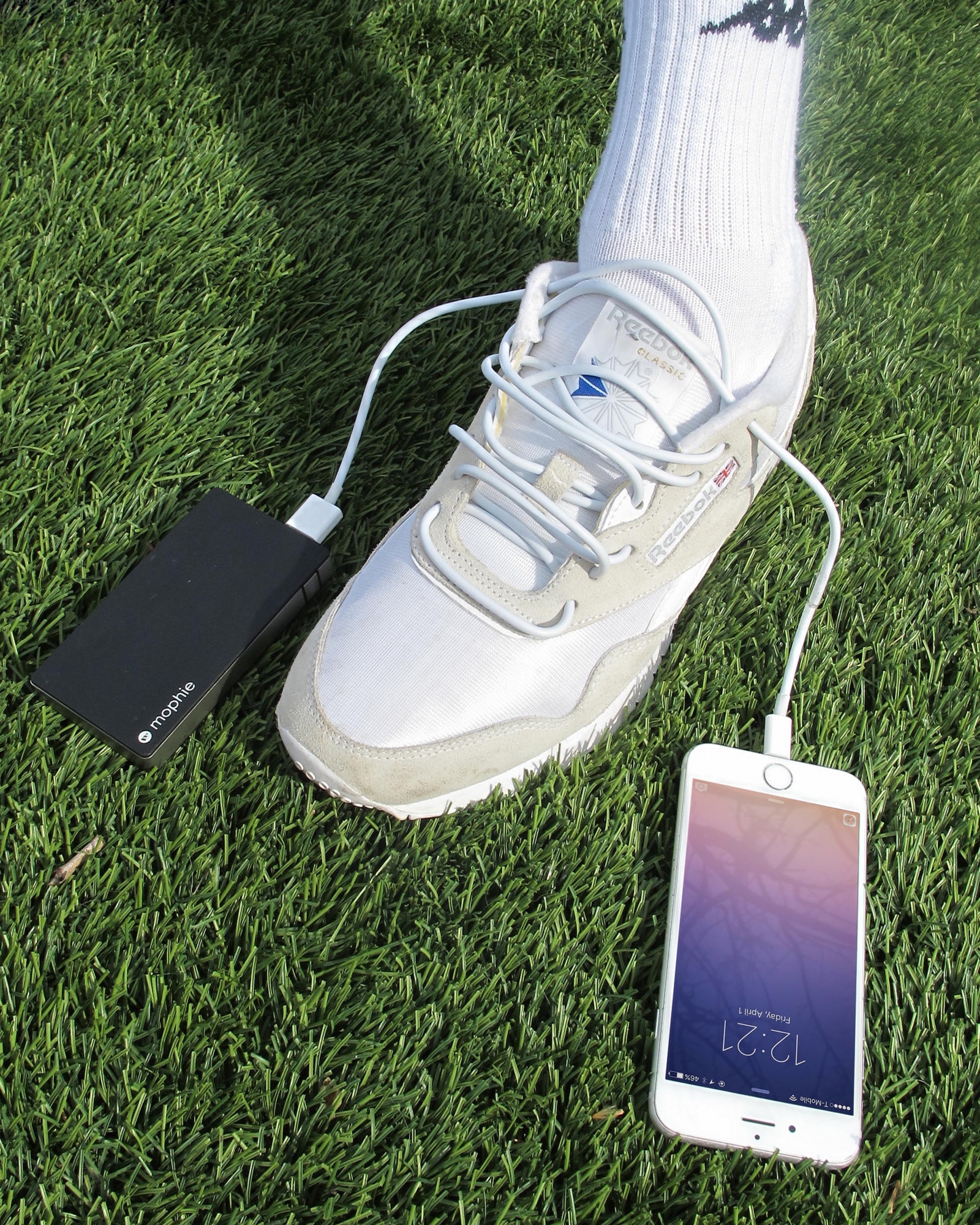 ‘projects’ with an output that’s wider than just imagery, such as websites, objects, performances, etc. Anything that goes further than just imagery basically. Those could produce beautiful images too and then the project and the imagery become interesting valuable pieces.

The second approach is more of a ‘diary’ approach. We shoot ideas that can be made in a short time, that often revolve around technology and/or re-appropriate meme-like ‘language’ or humor. We’re trying to place technology and internet behavior in a different daylight – often based on our own experience – wether it be more cynical, critical, emotional, etc. Social media allows us to make and post work in little time, and get an instant reaction from everywhere in the world. Sometimes they go viral and being picked up by the biggest meme pages with millions of followers, or even reach artistic and mainstream media such as TIME magazine and much more. The interesting part here is that we’re just spreading concepts that don’t need a technological development. The pieces are focused on the concept they convey, composition and aesthetic.

I think your works are something similar to “meme” on internet. Do you see any more possibility of meme?
Yes, I’d like to label myself a meme-artist. Although I am interested in different domains too and lately my friends and I are working on different fields in fashion, product design etc that take different conceptual angles. But the majority of my work is adopting or re-appropriating or contributing to meme culture.

I think the meme will never die, it will just evolve into different shapes. When you say the word ‘meme’ a lot of people might think of an image with a title on top. To me the meme is just a ‘language’ that can be expressed through any type of medium like words on Twitter, Imagery on social media, objects or performances – anything basically. (ex: Netflix & Chill room, Macbook Selfie Stick, etc.)

I think the way to define a meme is that it has this specific sense of humor and that is meant to go viral and / or re-used or re-appropriated on the internet. So I’m sure the type of humor and the shape of the meme will evolve, but I don’t think it will die out. If it will stay interesting that’s another question, I guess we’ll have to wait and see 🙂. 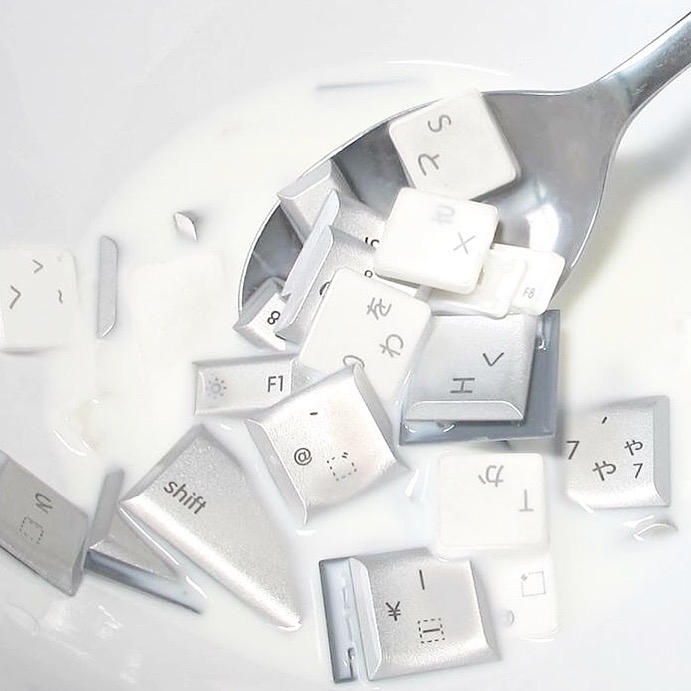 What potential do you see in meme in the art world?
What is really interesting about meme-art is that often these pieces seem to speak to the masses, and to the more intellectual art communities simultaneously.

I think it might be a relatively new thing in the ‘traditional’ art world, and to be honest I don’t know that much about that world. But I do feel more and more interest coming from people in that world. People start approaching us for shows, articles, etc. So I definitely think that there will be a point where we could be more included into that world. Internet art is already adopted by some galleries and there’s some great work out there, and some is what I would consider meme art, so I think some people found their way in, in their own way.

We are not actively looking to be part of the art world though. All we hear from it is that it is limitative, that it’s controlled by a selected elite, those kinds of things. We feel that with the internet we can try different routes. We could sell work in online shops, we could gain an online following that’s much bigger than what can fit in a gallery, etc. Not that we don’t want to be in a gallery – there’s a really nice aspects about physical work – it’s just that we’re exploring other options.

We are experimenting right now but I see friends that sell work with out any gallery interference, for good prices. I can see that evolve into people making a living of their work without actually stepping foot in the art world, or the art world knocking at their door when they are established artists on the internet.

Do you have any other themes and technologies you would like to challenge in the future?

I think that this is the fun part about what I do: The internet goes so fast that new inspiration sources keep emerging almost on a daily basis. One day it can be a hot topic in popular culture or meme culture, another day it can be about new technology that is getting more and more attention. I think that my subjects will keep evolving with how the internet and technologies evolve and I will try to keep throwing a cynical / critical / humoristic shad on it :)

Could you tell us your next projects or what you are going to work on next?

The biggest project I am working on is with a group of close friends, and revolves around corporate culture in the US. The group of people around this project is so interesting that the project is coming to life in so many different ways, from product design to fashion to photography/branding, etc.

This project might at first sight seem more serious, but actually has a strong ’trolling’ angle that should throw a different insight on how these corporations define rules that we are forced to life by. Especially as artists we are very vulnerable to these rules and limitations but I think it will speak to a lot of people.

Next to that we are working on a webGL website that will be really cool, and new concepts / compositions for social media that will include more 3D imagery, advanced photography and much more! We’re also building a shop we’re people will be able to buy some of our pieces. 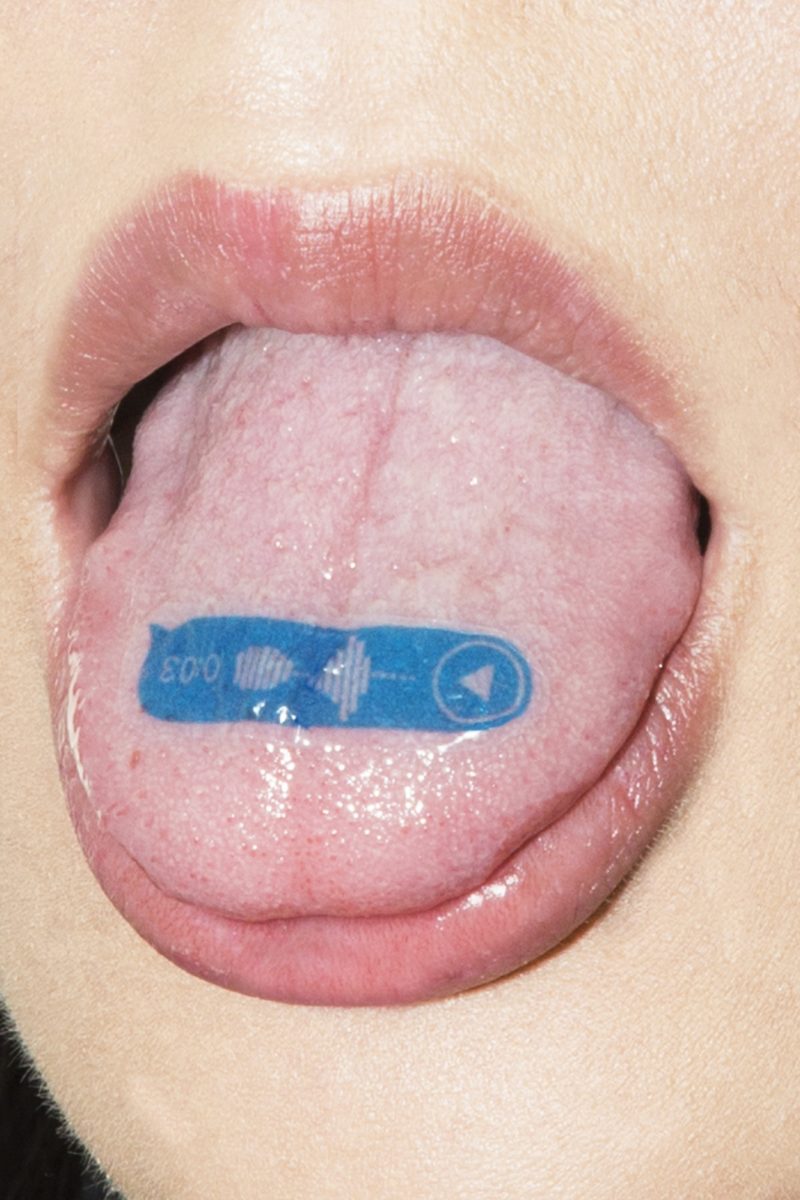