Explaining Kari Altmann’s works in simple words is extremely difficult. Many of her projects interconnect a wide range of mediums such as music and digital graphics, sculpture, video and print. Furthermore her works are omnipresent and present sometimes even across time, and is on Instagram, Tumblr, soundcloud, and also as physical installations.

The impression that one can feel from her works are structured in a way that closely resembles the feeling of texture on the skin. For example through multiple images, there is a common feeling and color, also a feeling of something different and somewhat strange. All of this becomes a unique language of imagery, and creates a feeling that has never been experienced before.  Images that are like reblogging, original graphics, and  a style that intertwines so many different ingredients, surpasses  the limitations of regular authorship, and it seems as though she has created a new ecosystem with a life of it’s own.

In this interview she mentions that many projects are ongoing and are developing or growing in a scattered fashion.  This approach can be seen as a rebellion to the single track interpretation of a story. As a result this could be the rewrite of what existing artists should resemble, however in the context of our multiplex mixed media environment, this could just be a natural form of expression. 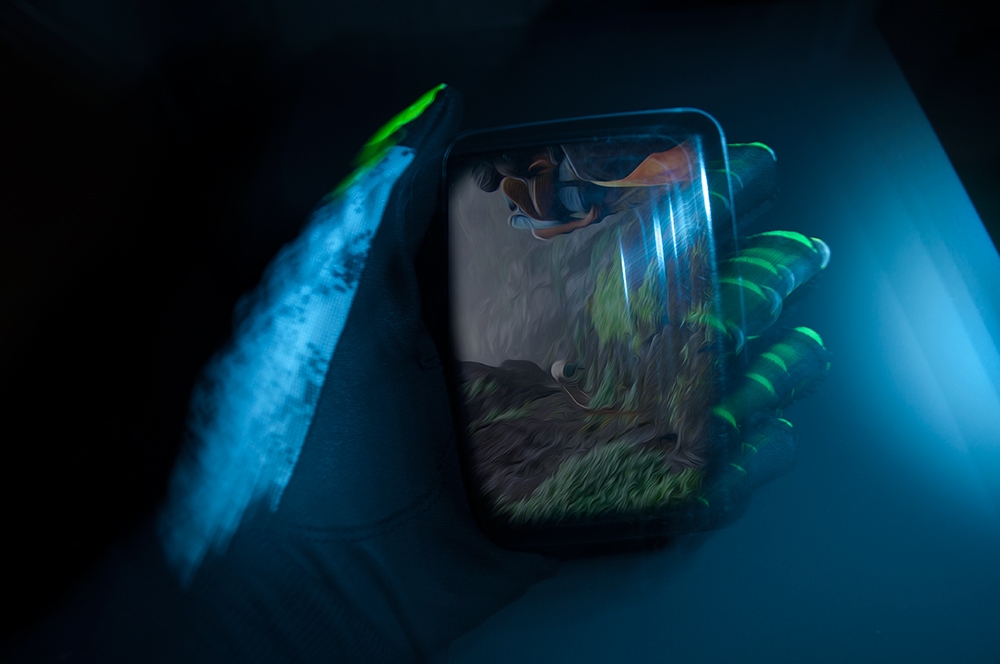 We can see your works not only in the exhibitions, but also on various kinds of media, such as Tumblr or SoundCloud.  I think this expansion is one of your works’ features. Why did you start an activity form like this?

It’s just natural. I think formats should be explored and figured out, I’m not interested in being medium-specific or platform-specific. In general I want my work to have a psychological and social palette, a voice or a pre-verbal energy that you can recognize no matter what the output. The only issue is that industries haven’t caught up, so they try to limit you to one type of work and category. At least now that we have these platforms we can escape more of those limits. But platforms have limitations too, like everything. That’s why it’s good to mix it up, stay holistic.

There are different systems between the galleries and the Internet, also there are different beholders. How do you make the transition between them and work on both of them? It depends on the work. I do as much for editorials and public spaces as I do for galleries and events. All of those still feel like exports, and the work tends to be printed or rendered on-demand only, with the format being super flexible. This can be difficult to negotiate as people don’t see what you see until it’s in front of them, and the tactile handicraft part is rushed, but it’s getting better. I feel like every printout reflects its social, geographical, and financial context in some way, which gets really interesting when you start traveling or when you work with a lot of startups. I try to compromise and figure out creative solutions in a gallery, but the logistical structures inside those walls are still so limited. So you have to fight for it sometimes, ride it out. Hopefully I’m making things better for artists with similar practices who come after me, and for myself in the longterm. Besides that, though, I’m always going back to the web, video, handheld devices, performance, music, writing, etc. I don’t feel pressure to only do Euro-Gallery or C.A.D. (Contemporary Art Daily/Computer Aided Drafting) style printouts–I like to create what is sharable and instantly visible without the gatekeeping, too. I’ve started to think of what I’m doing more like an app developer, or think of my projects as devices and codes, teams that can shapeshift into various forms. As long as I have my own web presence and control over my identity, I can keep architecting how it all goes together—the individual pieces and their meta images at the same time. The sharing of my work, its tags and images, with people around the world as well as close intimate friends actually starts to alter reality for all of us. 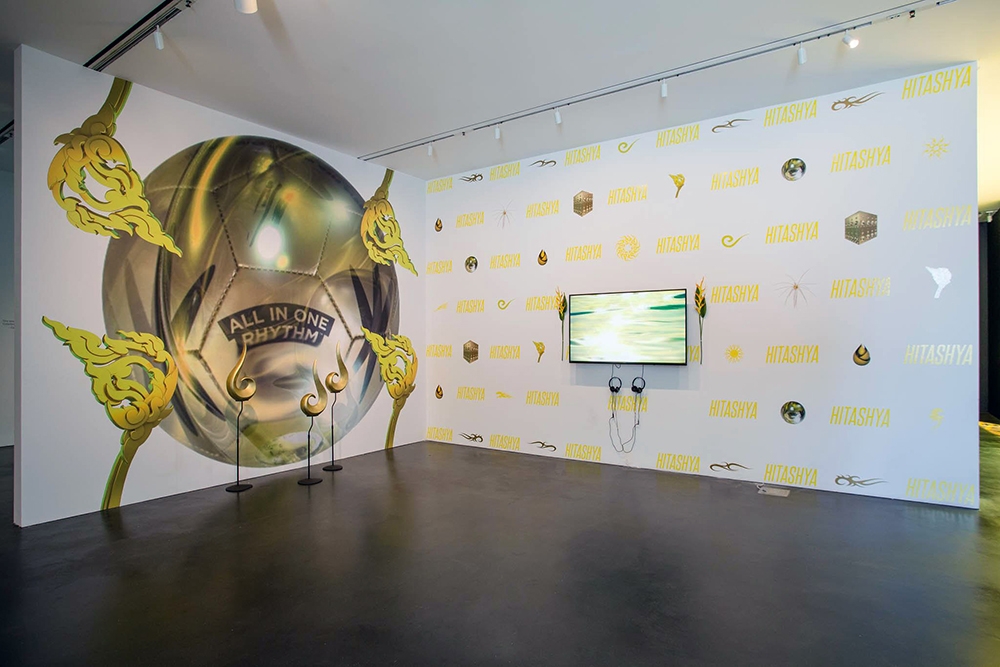 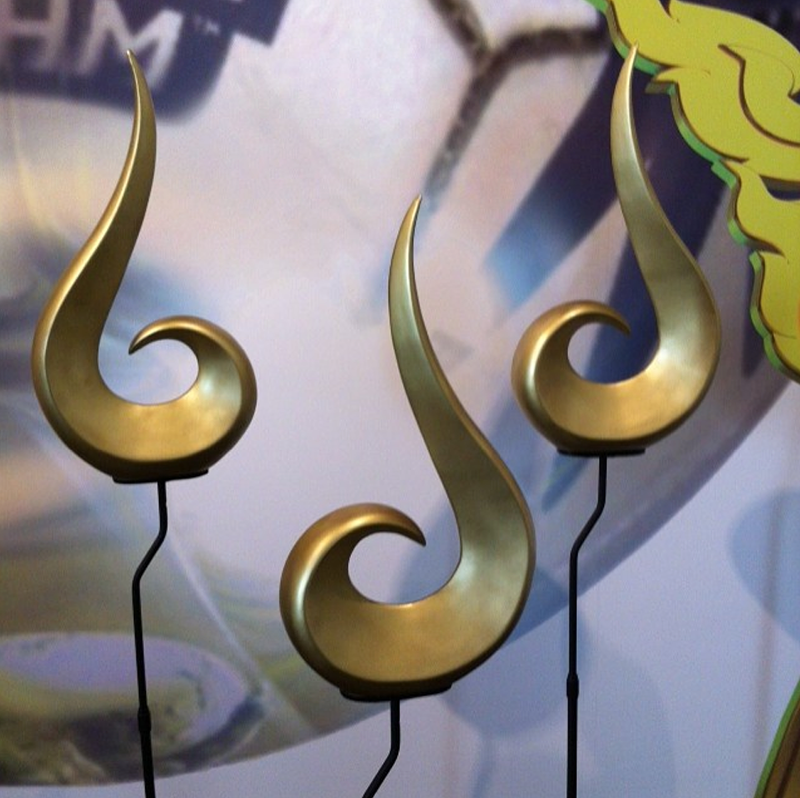 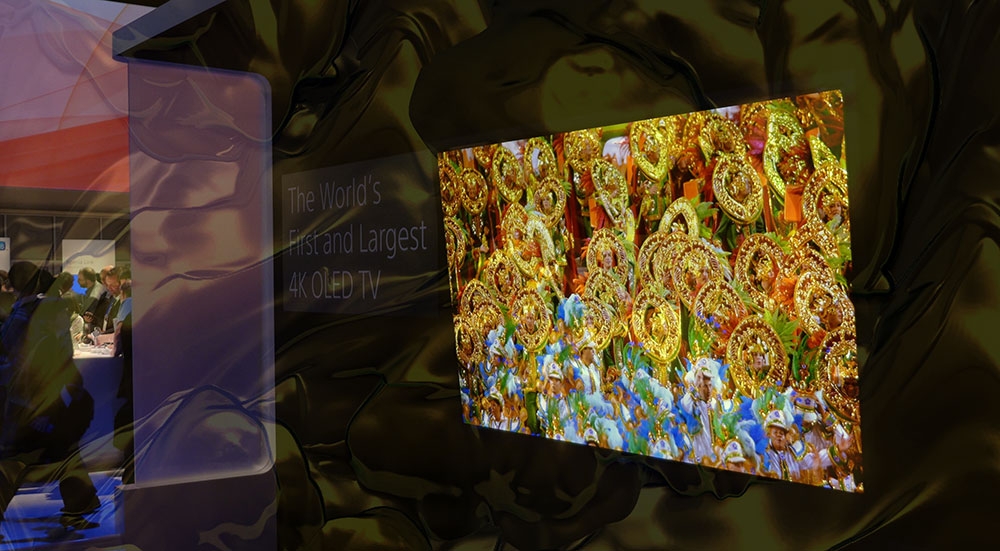 In your works, you sometimes use technologies created by corporation culture or images made by the brands. What is your methodology to use them? Is there anything that you pay attention to when you use them for your works?

I produce/look at any language or image for various reasons–I believe in abject attraction and eustress as much as idealist beauty and escapist fantasy. I love things that feel #sus or really raw, really paleo, things that are subtly shocking in a conceptual or empathetic way. But there has to be the possibility of a larger emotional and philosophical presence underneath. I love things that have a lot of levels to them, layers that unwrap over time after the initial attraction or detraction and lead you into larger zones. I really think about that unfolding and aim for it, and I really live with the materials I work with. I’m also into the idea of Cthonian bootlegs, troll aesthetics so subtle or convincing they might never be caught, and niche languages. It’s not just from corps and brands, there are plenty of other types of language and tropes at play—creature photos, handheld social media photos, painting tropes, dj tropes, cgi character design, selfies, the list could go on and on, but brands are terrifyingly pseudo-universal codes and easier for some people to read and latch on to than the rest. Which sometimes misses the point. I’m not afraid of brands because they’re essentially the same as memes and memory–they’re how identity and meta images work. I just want to go on the record for the 50th time as saying my work is not “about” brands or corporations or technology or the internet or algorithms even though it might touch on those things. It’s about meta images, communal fantasy images, their soft powers, their memetics, their adaptation, their hybrid states, and survival. I think if we just refer to these things at meta images instead of brands, it helps people break out of their reference chains to corporations. I’ve grown up in a mix of hypercapitalist and more communal, off-grid, or underground spaces and images, always trying to create some kind of image system that works for me and groups of people around me, so my language reflects my conditions and environments.

I’m going to ask about your latest project “XOMIA”. I felt it a fantasy of technology —I also think that is a feature of your works— and an advanced combination of the expressions traveling across various kinds of media. Would you tell us the background of this intricate exhibition? I’m not sure how to answer the “fantasy of technology” part. Maybe I can see that in the promise of reconfigured or more flexible boundaries?
https://en.wikipedia.org/wiki/Zomia_(geography)

It’s definitely supposed to be sinister, sublime, friendly, and empathetic at the same time. Some of the things presented–the terms in the Flexia video, for example–are extremely threatening and sus, others are really visceral, others are really calm and comfort branded, others are pitiful and laughable. All of them stir some kind of momentary biological impulse that you have to locate amidst a range of other reactions, references, and reads. If you can locate it, you can live there momentarily and break into a different reality. I was thinking a lot about how communal fantasy images come together using whatever is around them, create territories and tribes, create these biological conditions, and then are subject to various forces that they either have to adapt to or keep moving to find new earth, altering the places around them. The meta image, the networked fantasy image, is a vital impulse, and it will find a way. So you also have to look at the way these things establish attraction ecologies and coded territories, and how many different kinds of them are battling it out on any blended terrain. There are so many layers and filters, so many impressions. I’m thinking a lot about DIY soft power and border wars even at the internal level. Feeling survivalist and ambiguous, stateless, even in supposedly first-world environments. 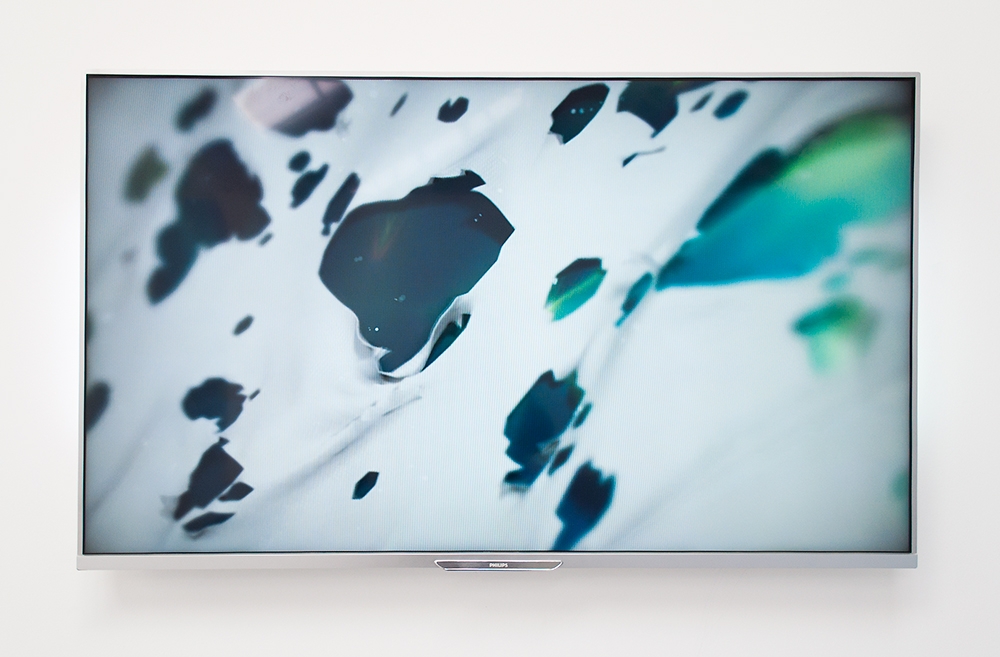 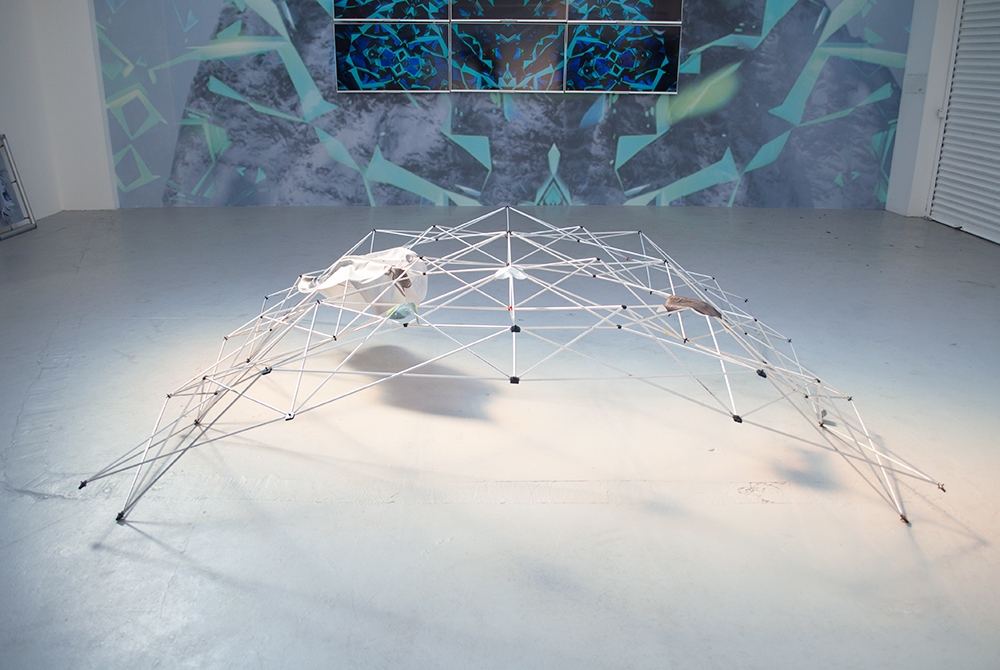 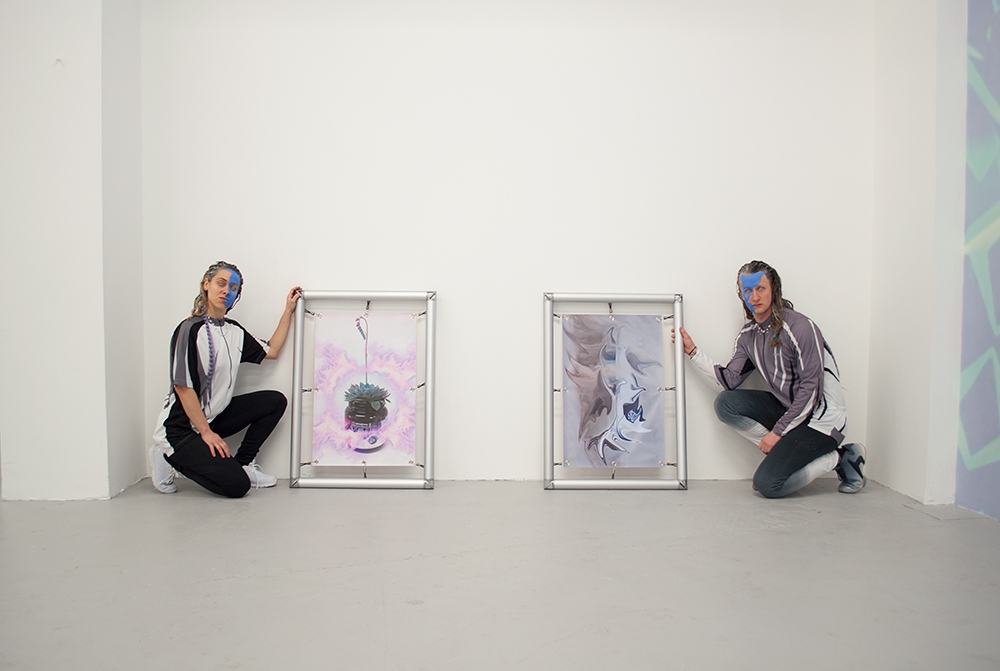 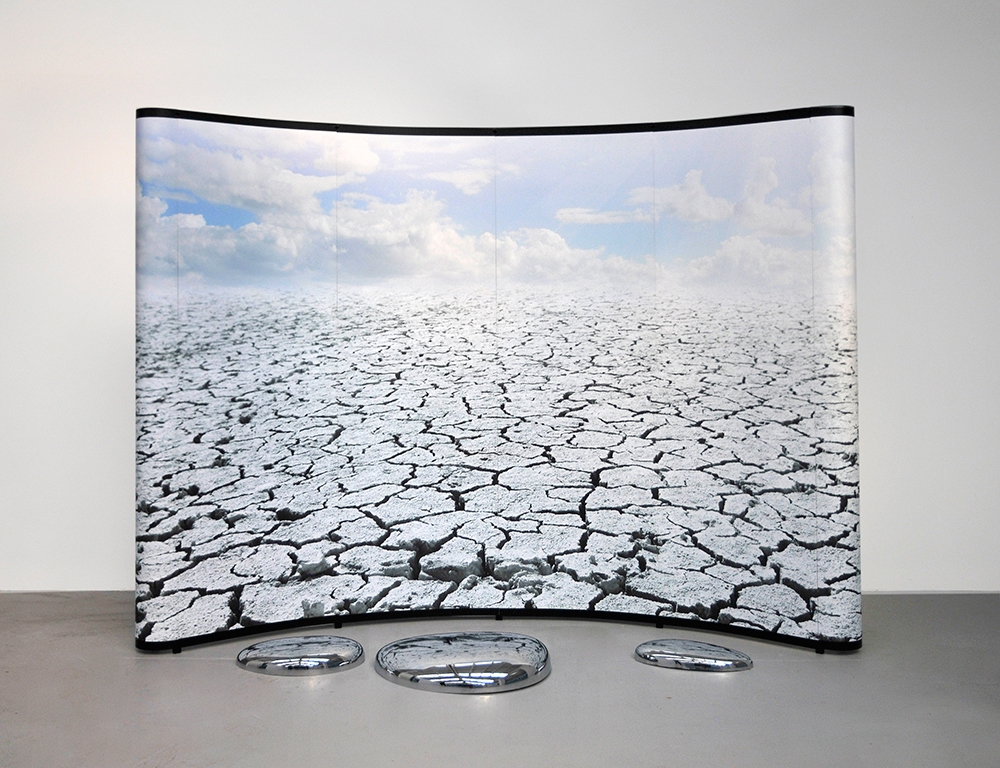 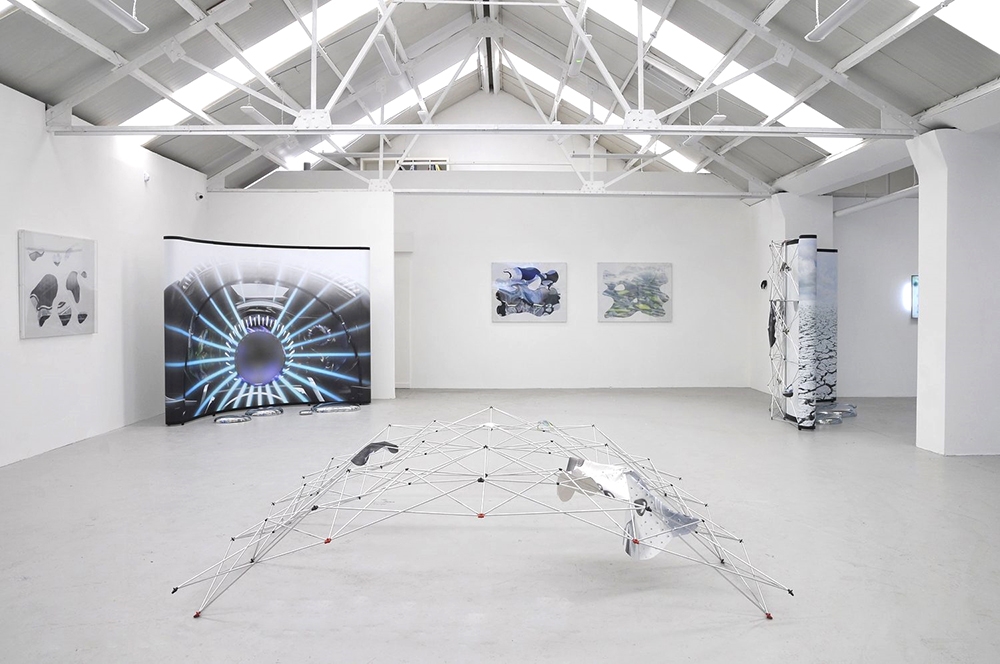 Please tell us something you are interested in these days.  Anything is fine, whether it is art or not.

I keep seeing some kind of fucked up Disney filter on everything. Hard to explain. Maybe it’s just all the new HD surfaces gleaming through Spring pollution or maybe I need to upgrade my phone. Maybe my eyes have updated again. It’s a lot about glossiness, jewel tones, and curves, things that feel animated and liquid and too pretty, with something lurking underneath. I see it as a palette in a lot of the K-Dramas and Hindi movies I watch, and I saw it a lot in Dubai. Hitashya and Ttoxhibaa get close to it. Thinking a lot about the fantasy images that plow the earth and seep into the core, and how culture works like virtual reality. Somehow I keep coming back to lenses, filters, codes and cores. Also thinking a lot about emotional labor and intelligence these days, about boundaries and ethics.

Would you tell us your next project?

I don’t work in a linear way, I am always multi-tasking and letting things like the seasons, my mood, and my audience determine where to pour attention from day to day. I think of a lot of my projects as personal modes that are live or dormant and can be layered. They also all evolve over time instead of dying completely. All of them tend to get sporadically updated and exported into presentations on-demand, rather than working in a straight line toward a final object or show (which takes a lot of resources). Or maybe the final FINAL show is just the end of my life. That being said here are the current modes in the queue: XLTE, HITASHYA, SOFT MOBILITY, SUPPORTMELIKETHIS, ON HATCH, GARDEN CLUB, ABUNDANZIA, HANDHELD, VALUE SHIFT, ROMANTIC GESTURE, RESTING POINT I will say that I’m really focusing on music, which mostly falls under Hitashya, and that I’m painting and making a short script+performance for Soft Mobility. Garden Club is always very active in Spring, too. Once the weather gets too scorched, though, blood will be close to the surface and it will be full XLTE for weeks. 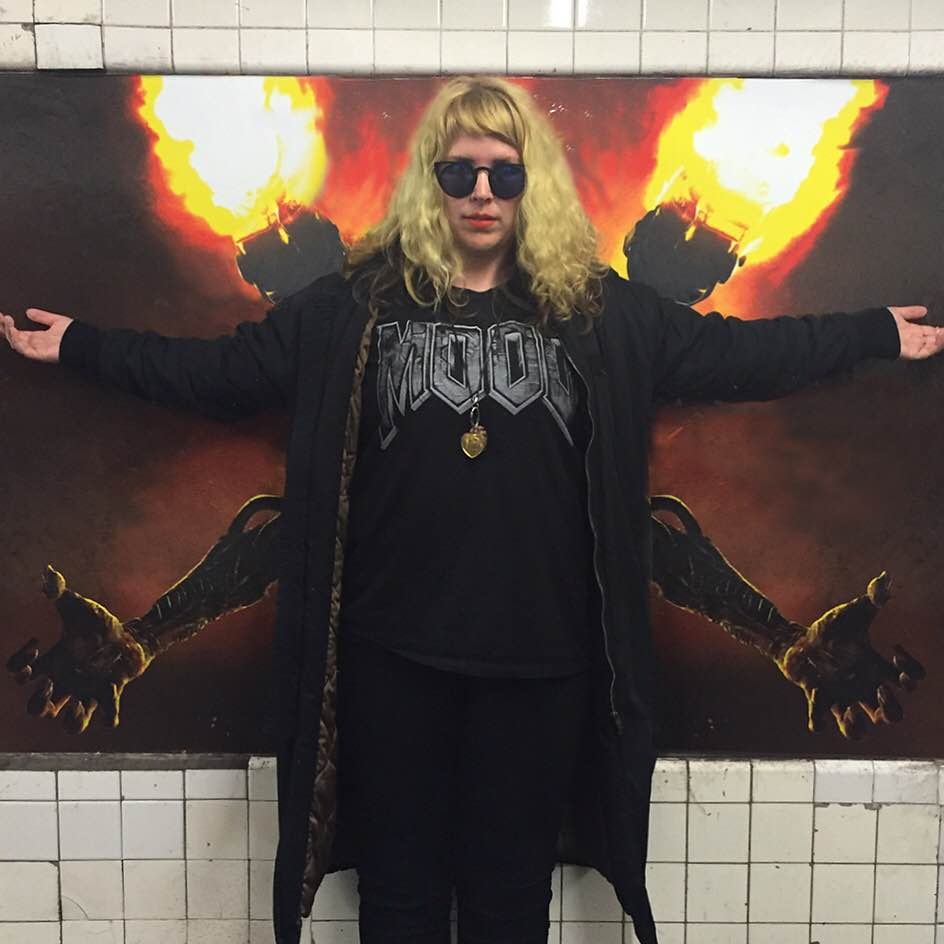